Victoria’s Ministry for Energy and Resources has made an announcement of an additional EUR 4 million for research in CO2 storage at the CO2CRC Otway Project. This new funding confirms the recognition of CO2 Capture and Storage (CCS) as crucial in the fight against climate change and will have significant global implications, given the project is the world’s largest CCS demonstration project with the most advanced monitoring programme. 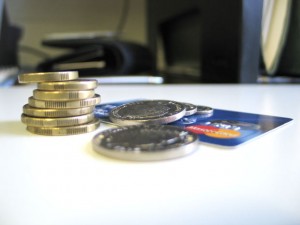 The CO2CRC Otway Project, currently underway in South-Western Victoria, Australia, aims to demonstrate that CO­2 capture and storage is a technically and environmentally safe way of attaining deep cuts in Australia’s CO2 emissions. The findings of the Otway Project will help inform public policy and industry decision-makers while also providing clarity and assurance to the community.

The funding announcement by Victoria’s Ministry for Energy and Resources of an additional EUR 4 million  for research in CO2 storage at the Otway site followed a highly instructive examination of the international progress of CCS at Australia’s biennial National CCS Conference (31st August – 3rd September 2014). CO2CRC CEO Dr Richard Aldous said that the announcement reflects the Victorian Government’s recognition of the important role of CCS in combatting climate change. Dr Aldous, furthermore, added that the Otway Project has clearly demonstrated that CO2 storage is a safe, credible long-term option for mitigating emissions that would otherwise be released into the atmosphere.

Appropriate government policy, including funding initiatives and other enabling mechanisms is fundamental to the successful development, demonstration and deployment of new technologies. Having recognised this, Bellona recommends an overarching EU-wide CCS target as well as complementary market incentive schemes at the national-level in order to drive CCS deployment in the EU. Bellona’s elaborated policy recommendations can be found in the report entitled Driving CO­2 Capture and Storage in the EU: New Policies, New Perspectives.

The funding announcement is of global significance because the project is the world’s largest research and geosequestration demonstration project. To date, over 65,000 tonnes of CO2 have been injected and stored in a depleted gas reservoir deep underground and further injections into different formations are planned. Further advancements at the Otway site would entail a significant step forward for CCS deployment globally.