2014 sees the start-up of two large-scale CCS projects in North America. This is set to be a significant step for the further deployment of the technology, in the year that also saw the world’s leading climate scientists agree on the necessity of CCS. 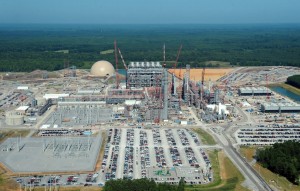 The Boundary Dam CCS Project in Saskatchewan, Canada, will become the world’s first and largest commercial-scale CCS projects of its kind. The €1 billion project of SaskPower will see the integration of a rebuilt coal-fired generation unit with CO2 capture technology, resulting in low-emission power generation.

1 million tonnes of captured CO2 will be sold per year to Canadian oil company Cenovus Energy, which will use the compressed gas for purposes of enhanced oil recovery (EOR). Moreover, a certain quantity of the CO2 will be injected into a deep saline formation for permanent storage, as part of the Aquistore project to further research on this type of storage.

Kemper County Project, the second project nearing completion, will turn coal into combustible gas and capture 3.5 million tonnes of CO2 per year. This corresponds to 65% of the power plant’s annual emissions. This project was one of two selected in the US Department of Energy’s Clean Coal Power Initiative, which made it eligible for state funding. As with Boundary Dam, the captured CO2 will be used in EOR.

– With the IPCC Fifth Assessment Report (AR5) recognising CCS as an essential technology to reduce the adverse effects of climate change, the progress made by these two CCS projects comes at a time when the need for the technology is more pressing than ever. SaskPower and Mississippi Power are now showing us the global leadership that Europe has been talking about for nearly a decade. It is time for action, and the EU must get back on track in deploying this crucial technology, says Jonas Helseth, Director at Bellona Europa.