European Heads of State fail to mention CCS during the discussions on the 2030 Climate and Energy Framework at the Spring European Council. 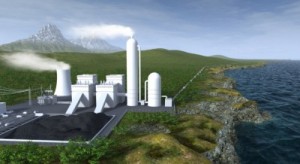 During last week’s Spring European Council, European Heads of State discussed the 2030 Climate and Energy Framework. While discussions on Ukraine naturally dominated the Council’s agenda, a decision on climate targets was delayed until October of this year.

This outcome is a great disappointment to the EU’s technology platform for CCS, ZEP, of which Bellona is an active member. Prior to the European Council meeting on 21st March 2014 ZEP called for the explicit inclusion of CCS in the Council Conclusions in their press statement of 20th March 2014. ZEP Chairman, Dr. Graeme Sweeney called on the Commission to bring forward concrete proposals on how CCS can be further and cost effectively integrated into the 2030 Climate and Energy framework.

In response to the Council conclusions, Dr. Sweeney reaffirmed ZEP’s commitment to tackling energy security and expressed disappointment with the Council’s conclusions which fail to mention CCS, despite the technology being essential to a balanced energy system and for the attainment of Europe’s climate change mitigation objectives.

Furthermore, Dr. Sweeney commented “ZEP has calculated that CCS could cost-effectively deliver at least 4% GHG reductions in the EU by 2030. This equals a reduction of around 222 Mt CO2 in 2030 – shared ¾ by the power sector (around 40 GW) and ¼ by energy-intensive industries. CCS is imperative to the mitigation of CO2 emissions as well as to maintaining jobs and preserving the EU’s industrial base. We urge Member States to embed CCS in their discussions on the EU 2030 Climate and Energy framework”.

As stated in ZEP’s press statement of 25th March 2014 this outcome leaves the coalition of CCS stakeholders a six month period to get this right. If CCS is excluded from the Council discussions the EU could fail to create a favorable environment for the deployment of this crucial technology by 2030.