On February 6 the United States Environmental Protection Agency (EPA) held a daylong hearing in Washington D.C. to take on board diverse views on their proposal for an Emission Performance Standard (EPS) or ‘Carbon Pollution Limit’ on future power plants. 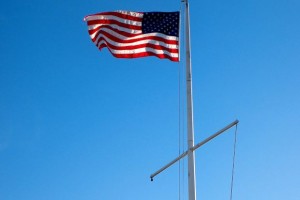 The proposed EPA has met with staunch opposition form US industry. But it forms part of President Obama’s national climate strategy which was announced last summer and will be of vital importance to reduce greenhouse gas emissions. The roughly 600 power plants in the US account for 40% of the country’s CO2 emissions.

In a statement made by Natural Resources Defense Council (NRDC), an international non-profit environmental organization with more than 1.4 million members and online activists, policy director David Doniger, it was underscored that the EPA has clear authority under the Clean Air Act and two Supreme Court decisions to propose such measures.

The EPA proposal sets and EPS for coal units above 250 megawatts of 463,59 kg (1000 lbs) CO2 per MWH and for units below 250 megawatts of 498,95 kg (1,100 lbs) CO2 per MWH. NRDC attorney Ben Longstreath said this could be more ambitious as pretty much all standard plants can meet this limit today. He said: “In selecting these numbers EPA has proposed emission levels that just about every NGCC unit in each size class can meet. This is not adequate.”

Two members of the US Congress also attended the hearing, representing divergent views.  Democrat Senator Sheldon Whitehouse from Rhode Island said the only way forward was for the US executive branch to initiate precisely such action. It will be the only way to make safeguards against climate change since the Congress is unlikely to move. Senator Whitehouse said to EPA staff: “We are counting on you.”

On the other side was West Virginian Republican Senator Shelley Moore Capito who is against any such climate change mitigating measure. Ironically, she drew on the recent extreme cold weather in the US to stress the importance of affordable energy: “Our country depends on affordable, reliable energy to power the economy and heat our homes, and the bitter cold this week serves as a reminder of how much we need affordable American energy.”

It is unclear whether Senator Capito is aware that changes in Gulf Stream patterns resulting in shifts to hot and cold air streams are connected to climate change. They are often mentioned as a possible cause of unusual extreme weather conditions, such as in this case uncommonly cold weather.

The UK Met office recently released a report on the increasing tendency of such record-breaking weather and the relation to human made climate change. Read more here.