The European Parliament’s plenary session in Strasbourg today passed the ‘implementation report 2013: developing and applying carbon capture and storage technology in Europe’ with a vote of 524 to 141 with 25 abstentions. The report was initiated by Member of the European Parliament (MEP) from the liberal group ALDE, Chris Davies and although it is non-legislative, it sends a clear signal both to the European Commission and to Member States that MEPs want to see CCS progress in Europe.

Published on January 15, 2014 by Joanna Ciesielska 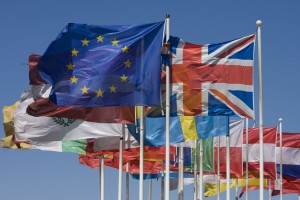 This report provides both general guidance and concrete suggestions for Europe to turn back to a positive CCS trend. It addresses CCS under several headings, namely:

Funding arrangement are among the most important inclusions and include calls for Member States to play a more active role in the absence of a strong CO2 price, both forfinancial support and regulatory arrangements. The EU is called on to support the development of and ‘industrial innovation investment’ to fund innovative technologies including CCS flagship projects. As with the NER 300, this fund is suggested to be drawn from the sale of ETS allowances and it is noted that lessons must be learned from the rigidity of this past arrangement. It should also be noted that CCS projects should have preference in judging allocations, both because other technologies tend to have more alternative funding options and to compensate for the lack of execution of this explicit preference in the NER 300 scheme (read more here). The report also calls on the European Commission to look into the possibility of establishing a CCS certificates scheme, to prove the CO2 emissions avoided ‘in proportion to the CO2 embedded within the fossil fuels placed on the market’.

Regarding storage, the report suggest the North Sea as one of the storage sites the Commission could examine in a more comprehensive revision of the CCS Directive, which would also address storage liabilities. The North Sea has been flagged as a prime location for CO2 storage (red more here), as well as a prime opportunity for fossil fuel companies to turn around their business from extraction to injection. The Commission is also called upon to report on the levels of CCS that would be needed to significantly contribute to emission reduction targets for 2030 and 2050.

The report includes important statements on the necessary role CCS must play in decarbonizing Europe toward the 2050 goals. CCS has often been accused of being a technology which will merely enable the continued use of fossil fuel, as for instance a ‘green washer’ of coal. But the fact is that fossil fuels will continue to make up a significant part of our energy mix for decades still, during a gradual transition to a low carbon society and economy. During this transition time we cannot afford not to complement a rollout of renewables with CO2 capture from existing emission sources. Furthermore, in combination with bioenergy so-called Bio-CCS can in time lead to negative emissions. By capturing and storing the practically CO2 neutral emissions of sustainable biomass and biofuels CO2 can be taken out of the atmosphere and thereby ‘compensate’ for past emissions. To ensure option remains on the table, CCS technology must progress now. This means demonstrating and using CCS on today’s fossil fuel driven power and (especially) industrial plants.

The report is in some ways a follow up to the initial aspirations to CCS in Europe from 2007, which have largely failed to materialize. Member States then aspired to have 12 CCS demonstration projects in operation in Europe by 2020. MEPs, with Chris Davies at the helm, and others, including Bellona, worked for the NER 300 funding mechanism to be put in place. It was designed to ensure a steady flow of funds from the sale of Emission Unit Allowances (EUAs) of the EU’s Emission Trading Scheme, reserved primarily for CCS project funding, but also for other innovative renewable technologies. Due to the collapse of the EU ETS price, the NER 300 has not raised enough funds and at the moment only one CCS project is still being considered in the programme’s second round. Today’s CCS report rightly stresses that both renewables and CCS are necessary and should not be regarded as being in competition with one another. But renewable technologies have benefited from effective targeted support in the form of the EU renewables target, while CCS in Europe has been dependent on the ETS and closely-related NER 300, and this must be kept in mind while moving forward.

Whilst the EU has floundered, CCS projects elsewhere have moved from drawing boards to reality. Canadian company SaskPower’s Boundary Dam is set to begin capturing and storing the CO2 emitted from its coal fired power plant in April this year. The Kemper project in the US state of Mississippi is planned to begin capture this year. And Chinese authorities are moving fast to bring the technology to the ground in its power and industry heavy provinces. The report passed by the European Parliament explicitly calls for closer cooperation with the US and Canada on CCS.

The day before the CCS report vote EU Commissioner for Climate Action Commie Hedegaard joined MEPs for a debate and suggested that CCS will be well covered in the EU’s 2030 framework for climate and energy policies. The Commission’s proposal is due to be published on January 22. The European Parliament’s own report on the 2030 framework passed the joint ITRE/ENVI committee vote with clear calls for CCS progress (read more here). It will face the plenary vote on February 4. Good progress has been made in only the first few weeks of 2014 and Bellona expects to see more progress and strong wording on CCS in the 2030 package as the year progresses.