Norway today dropped plans for a full-scale Carbon Capture and Storage (CCS) facility at the Mongstad refinery in a decision that could be potentially disastrous for the country’s long sought-after leading role in CCS. 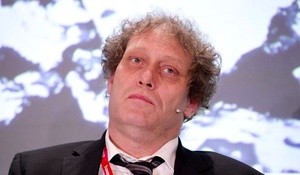 The decision to not proceed with Carbon Capture Mongstad (CCM) could be potentially disastrous for Norway’s leading role in CCS.  The decision not to press forward with Carbon Capture Mongstad (CCM) comes today after years of recurring incompetence from the Norwegian Government, Statoil, Norway’s state oil company, which owns the Mongstad refinery, and Gassnova the state-owned body tasked with delivering CCS projects in Norway.

These three institutions have though an archaic and overly extended development plan proved themselves capable of reducing the public perception of Norway as becoming a CCS world leader to a hobbled lot of expensive underachievers.

The decision does not, however, in any way reduce the critical need for full-scale demonstration of CCS in Norway. No viable alternative to the Mongstad project are currently available.

It is not efficient or practical to discard work already done in developing CCM and the Johansen Formation CO2 storage site, where Mongstad’s CO2 would have been sequestered.

Reorganization and refocusing of CCM would be far more effective than returning to the drawing board and discarding the work that has so far been invested in the project.

Years of investment in characterizing CO2 storage at the Johansen Formation could potentially be squandered. Additionally, the loss of a viable project will result in a painfully slow process to find a suitable replacement, if that is even possible.

The development of technology, skills and personal required to avoid catastrophic climate change is already catastrophically behind schedule. Neither Norway nor the wider international community can afford to delay the development of CCS technologies, of which CCM would have been a critical part.

The development of Carbon Capture and Storage is difficult.

But the failures at Mongstad are a reflection not of the technology involved, but rather the shoddy organization and perpetual equivocation on behalf of the Norwegian government.

CCS projects globally are progressing on schedule and on budget. Boundary dam, a Canadian CCS project on the same scale as the proposed CCM, will be completed on-time and on budget later this year. That both projects were begun in the same year casts Norway in a plodding and idling light.

Global climate efforts require CCS development in Europe to accelerate; further indecision surrounding CCS in Norway will not only lead to spiraling costs of an eventual project, but endanger efforts to address climate change in a realistic way.

“The decision to pull the plug on Mongstad will stand as the symbol of this government’s total failure on climate policy,” said Hauge.