PRESS RELEASE: Well-timed new report shows CCS as only way to reconcile the desire for a strong EU industry with the Union’s climate ambitions

The Zero Emissions Platform (ZEP) – an EU Technology Platform consisting of a coalition of stakeholders working to promote CO2 Capture and Storage (CCS), and of which Bellona is a founding member – has released a new report on the application of CCS in EU energy-intensive industries. 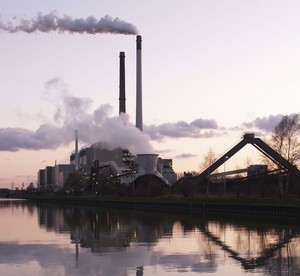 The report, which was published by the Platform today1, shows thatdirect emissions from EU industries in 2010 accounted for 25 % of total EU CO2 emissions, and that energy efficiency measures will not be sufficient to reduce those emissions significantly. CCS continues to stand out as the only technology available to deliver deep emission cuts; a failure to deploy CCS in those sectors would therefore undermine the EU’s ability to meet its own long-term climate ambitions while retaining a strong industrial base.

Bellona led the work on the report
The industries covered in the report are steel, cement, refineries and chemicals. Bellona has for more than a year led ZEP’s work with this report, which has involved a number of stakeholders from outside the Platform, mainly representatives from the relevant industries themselves. The report provides a high-level overview of the challenges and opportunities for CCS in relevant EU energy-intensive industries, as well as a set of recommendations to EU policy makers on how to pave the way for large-scale deployment.

“One of the key conclusions of this report is that the only available technology for providing the required large-scale emission reductions in EU energy-intensive industries – such as steel, cement, refineries and chemicals – is CCS”, says Jonas Helseth, Director of Bellona Europa and Chairman of the ZEP Working Group behind the report. “There’s been a good process behind this report, both in terms of widening the focus of ZEP beyond the power sector, and in terms of securing the involvement of representatives for all those industries. It’s been a pleasure and an honour to work closely with industry experts and lead authors Tom Mikunda (ECN) and Stanley Santos (IEA GHG) to produce this document, which comes at a crucial time, both for the discussions on EU climate policy in general and on the role of CCS in Europe in particular”, Helseth continues, referring to the 2nd July deadline for input to the European Commission’s Green Paper on the EU Energy and Climate policy framework post-2020, as well as its CCS Communication consultation. “I would also use the occasion to extend my thanks to Tore Torp (Statoil), who led this work with me from the outset but recently retired. Tore has been a strong promoter of this work in Europe and within ZEP, and his efforts were recently acknowledge with a well-deserved prize at the IEA GHG conference in Trondheim this June.”

Bellona Europa, the EU policy office of The Bellona Foundation, is quite pleased with the timing of this report in light of recent EU high-level political statements on the necessity of a strong European industrial base. Helseth points to European Commission Vice-President Antonio Tajani’s speech at the EU ‘Industrial Renaissance’ conference on 6th June, in which the Enterprise Commissioner reiterated the Commission’s commitment to raise industry’s contribution to EU GDP from 15.2 % to 20 % by 20202.

“Bellona strongly supports the Commission in its efforts to secure a future for EU industries that are crucial for welfare and employment”, Helseth says, “but given the significant emissions from many industrial sectors, those efforts must be aligned with EU climate policies. This report clearly shows that CCS deployment is the only way to reconcile industrial growth with an ambitious climate policy. Fortunately, this is increasingly well reflected in recent signals from both Commission and Parliament, which we strongly welcome”, Helseth concludes.

Bellona sums up recent developments on CCS in the EU
DG CLIMA Director-General Jos Delbeke’s recent statement during his speech3 at the 2013 European Steel Day provided a timely signal to EU industries that the Commission is willing to support them in this reconciliation. Mr Delbeke’s message was that the Commission is“preparing the ground for using part of the ETS related revenues to support energy intensive industries in the quest to develop innovative low-carbon technologies”. Bellona is pleased to see such strong and necessary signals being sent to Europe’s industries that the decarbonisation of the EU economy should not happen through the relocation of industry, but through green innovation and technology.

While CCS was not named specifically by Mr Delbeke at the EU Steel Day, the steel sector itself acknowledged4 that “a functioning infrastructure for CCS” in the EU is a prerequisite to attaining large-scale decarbonisation. Delbeke moreover promised Commission follow-up with an Action Plan for the steel sector, which was published 11th June5. The EU Steel Action Plan names CCS specifically as a key decarbonisation technology for the sector, and that it underlines the need for an “industrial scale demonstration project of producing steel with CCS”. Notably, it also highlights the need for financial support instruments in order to proceed to demonstration and deployment, “for instance a new NER 300 call, a further European Energy programme for Recovery, or the use of structural funds”.

Moreover, Bellona welcomes the European Parliament’s Environment Committee (ENVI) in its latest (19th June) vote on the so-called “backloading” of emission allowances (EUAs) in the EU ETS. ENVI calls for two thirds of the EUAs that the Commission has proposed to remove from the carbon market (and freeze for later auctioning)6 to be “made available to set up a fund to support the development of innovative low-carbon technologies, demonstration projects and measures intended to reduce the costs and carbon emissions of energy-intensive industries”. This call aligns well with Director-General Delbeke’s and the Commission’s suggestion for how to facilitate the demonstration and deployment of CCS in energy-intensive industries.7

[2] As outlined in the Commission’s Communication “A Stronger European Industry for Growth and Economic Recovery”. European Commission, 10th October 2012. http://ec.europa.eu/enterprise/policies/industrial-competitiveness/industrial-policy/communication-2012/index_en.htm