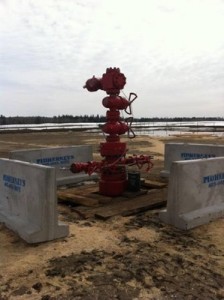 In 2011, construction began on a full scale integrated carbon capture and storage demonstration project at the SaskPower Boundary Dam lignite power plant, in Saskatchewan. Two years later and the facility is nearing completion. Boundary Dam is on course to being among the first low carbon fossil power plants in the world. The facility will capture one million tonnes of CO2 per annum from a 110 MW pulverised coal unit when it begins operation next year. The CO2 will becompressed and transported 60km for use in Enhanced Oil Recovery (EOR).

Construction of the CO2 capture facility is taking place in parallel to an overhaul of unit three in the coal power plant. The upgrades include boiler modifications and replacement of the steam turbine.  As a result, even with the parasitic energy loss due to CO2 removal the thermal efficacy of the unit will decrease.

The current upgrades will provide two services for the power plant: the removal of both SO2 and CO2, in a two stage process. In the first stage an optimised amine sorbent washes and binds with SO2 in the flue gas. This amine is then regenerated in a stripper column, releasing a pure stream of SO2. The SO2 is further reprocessed on site to produce sulphuric acid, a saleable commodity valuable in many industrial processes.

The CO2 removal process takes place after the flue gas has been sufficiently cleaned of SO2. The decalcified flue gas passes through a significantly larger absorber column where a different amine again washes the gas, this time binding and removing CO2. The CO2 rich amine is regenerated in a large stripper column, providing a high purity CO2 stream to the compressor room.

The scale of the facility, with the capacity to capture one million tonnes of CO2 per annum, is equivalent to a typical combined cycle gas power plant. In reality, if the process were employed at a gas power plant, the footprint and complexity would be smaller still as the SO2 removal and sulphuric acid conversion process would not be necessary, and lower volumes of CO2 would be produced.

Saskatchewan has significant coal reserves and a long-established coal mining industry. However, coal-fired generating units are responsible for 77% of greenhouse gas emissions from the electricity sector in Canada. The Federal Government of Canada therefore introduced a strict CO2 emissions performance standard of 420 t/GWh for new coal-fired electricity generation units, and units that have reached the end of their useful life. The legislation will effectively outlaw unabated lignite and coal electricity generation from these plants when it comes into force in 2015.

SaskPower – an enterprise owned by the provincial state of Saskatchewan – has worked in close partnership with the Provincial government and local coal suppliers to make the Boundary Dam CCS project a reality. Several revenue streams helped make the business case for the project. The regulated electricity market in Saskatchewan provided valuable electricity price stability and predictability, assuring the plant of baseload dispatch. The Weyburn oil fields nearby meant that a sales contract for the CO2  produced has already been concluded: The purchaser – Cenovus Energy – will assume liability for storage. A supply contract is nearing agreement for the sulphuric acid the plant will produce. And finally, Federal Government support in the form of a Cdn$240 million grant with few strings attached helped the first movers involved in the project to fill a funding gap without compromising the commercial value of their learnings or their intellectual property.

The Quest CCS project is a joint venture between Shell, Chevron, and Marathon that aims to demonstrate the role of CCS in reducing industrial CO2 emissions from oil sands production. It has the strong backing of the Federal Government of Canada and the Province of Alberta, who will provide up to Cdn$865 million of funding towards the Cdn$1.4 billion project.

The Quest facility will capture one million tonnes of CO2 per annum from the hydrogen production unit at Shell’s Scotford Upgrader, located near Fort Saskatchewan, Alberta. The upgrading process adds hydrogen to lower quality bitumen extracted from oil sands to produce a higher quality ‘synthetic crude’ feedstock for use in the co-located refinery at the Scotford site. As the hydrogen is produced from natural gas, significant CO2 emissions result. The post combustion CO2 capture plant receives a high pressure, moderately high concentration CO2 stream from a hydrogen production facility. As with Boundary Dam, amine sorbents are used to in the capture process.

One major distinguishing factor of the Quest CCS project lies with the CO2 storage. Although there is oil production nearby, Quest does not rely on EOR for supplementary revenue. Instead, CO2 will be transported via a 100km pipeline to a saline formation storage site. This part of the project includes a near exhaustive Measurement, Monitoring and Verification plan that will allow for a systematic development and comparison of different CO2 monitoring technologies and methods. The CO2 injection will therefore provide the joint venture partners with valuable learnings moving forward.

The role played by the Province of Alberta has also been key to realizing Quest. The province has systematically identified and acted to remove CCS ‘show stoppers’, tabling a number of laws to provide regulatory predictability for prospective operators. For example, storage in Alberta was identified early on as a constraint, so the province showed leadership in clarifying public ownership of provincial pore space in its Carbon Capture and Storage Statutes Amendment Act, 2010. This gave authorities control over, and responsibility for, all the potential CO2 storage space in the province.

And Alberta is striving to fine tune its regulatory framework for CCS further with an 18-month review involving an expert panel. This will shortly result in a further 73 suggestions for improvement, making Alberta a regulatory poster child for CCS.

Alberta and Saskatchewan are now world leaders in CCS. Both the Boundary Dam and Quest projects are almost complete, being scheduled to come into operation in 2014 and 2015 respectively. They prove again the large-scale viability and versatility of CO2 capture technologies, and suggest the necessary degree of regulatory clarity and stakeholder engagement needed to make CCS deployment a reality elsewhere in the world.

But this raises the broader question of what has allowed CCS to succeed in Canada when it faces seemingly insurmountable hurdles elsewhere. How is Canada different?

The regulated electricity market in Saskatchewan has helped to reduce the investment risk of the Boundary Dam project. And public confidence with the oil and gas industry has certainly facilitated effective stakeholder engagement.

But what is most notable is that the broad drive to develop CCS in Canada stems from its position as a large resource holder. Put simply, following increasing regulatory pressure to reduce CO2 emissions, provincial authorities and Industry have worked together to keep coal and oil sands resources relevant in the future. This has led to bold action to realize CCS on both their parts, even though action is not driven by immediate profit but by the long-term benefits of learning.

The challenge that the EU faces is to find a way to unlock the same sense of urgency. CCS is more than just a way for resource-holders to de-risk their assets. It will play an essential part in making the EU’s vast fossil fuel consumption less harmful for future generations in the long-term transition to affordable renewable energy sources and cleaner industrial processes.