Bellona celebrates 10 years since first CCS hearing in European Parliament: The Road to the Hydrogen Society

Today, 10 years ago, Bellona organized its first public hearing in the European Parliament on Carbon Capture and Storage. The meeting turned out to be a success, but was surrounded by many unexpected logistical difficulties.

Paal Frisvold, a newly recruited assistant at the Bellona Europa offices in Brussels recalls: “We woke up to a white layer of snow with huge traffic jams all over the town. Not a taxi was to be found. During the night, the US had started its invasion of Iraq, triggering an extraordinary plenary session in the Parliament.  That meant no MEPs could attend the hearing. Representatives from the petroleum sector, invited to explain how CO2 could be safely stored under the ground, were grounded in Oslo and London, and therefore cancelled. I thought I was going to die.” 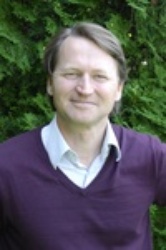 But despite the difficulties, the hearing turned out to be useful, as it gathered experts from the Commission’s Directorates General on Environment, R&D and Energy, along with representatives of utilities, equipment suppliers and petroleum companies and a range of other Environmental NGOs.

“This shows that Bellona has stamina and that we are committed on a long term basis,” said Bellona President Frederic Hauge. “Our work with the European Parliament has given us a lot of valuable competence, experience and network – all from which we benefit every day.” 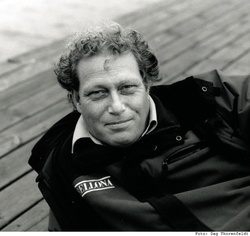 Frisvold, recalling that first hearig, added that: “We managed to create a space for dialogue and open discussion about the technicalities and potential of CCS technologies.”

Several research projects on CCS had been funded by the Commission under the 5th  and 6th framework programs, but the technology had received little attention by policy makers.

The event was hosted by MEP Claude Turmes, who agreed to co-organize the hearing with the title: “The Road to the Hydrogen Society.” Turmes is today the European Parliament’s leading spokesman and policy shaper on EU energy and climate policy. He was the rapporteur for the Renewable Directive in 2008 and more recently on the Energy efficiency directive in 2012.

No one had heard of CCS, but everyone talked about the Hydrogen society in those days. Claude Turmes agreed with Bellona that one way to enable the organization to kick start the Hydrogen economy was to decarbonize fossil fuels – by deploying CCS technologies, recollects Paal Frisvold.

Two years later, the European Commission established the Technology Platform for Zero Emission Fossil Fuel Power, or ZEP, in which Bellona is an active participant and which is co-chaired by Frederic Hauge, President of The Bellona Foundation in Oslo.

Since then, Bellona has organised over a dozen hearings in the European Parliament on issues such as handling of radioactive waste in North West Russia, oil spill contingency in the Barents Sea, CCS and oil drilling in the Arctic.