The Norwegian energy company Sargas wants to build a new power plant with Carbon Capture and Storage (CCS) technology in Malta, work that will be fueled by biomass from waste from olive production. The CCS plant would make Mediterranean island nation the first country in the world operating on carbon negative energy.

Published on November 30, 2011 by Ruth Lothe, translated by Charles Digges 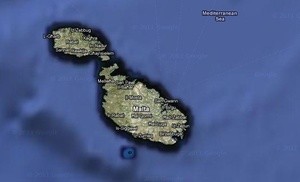 The combination of biofuels and  CCS technology is magical, said Paal Frisvold, chairman of Bellona Europa.

Sargas presented plans for the new green power source at a breakfast meeting in Malta last Friday aside one of its already existing plants in Malta’s Deli Mara.

Frisvold was invited to the meeting to speak about the benefits of using power plants based on biomass in combination with CCS.

“I am very eager to see CCS in practice. Malta can be the first country to pave the way for carbon negative energy production,” said Frisvold as quoted by The Malta Independent.

Carbon Negative power generation involves the combustion of biomass and a CCS plant. The biomass can be algae, waste from forestry operations or, as is planned in Malta, waste from olive harvesting.

Thus carbon capture is an important  element that has a place in the process, but what is ingenius in the plans for the Malta plant is that biomass actually “inhales” CO2 – the staple for plant life – as the biomass grows, and the entire energy producing process ends with less CO2 left in circulation than before the process began.

Necessary to the climate

Over 80 percent of global energy production is now based on fossil fuels, and two-thirds of the world’s population is striving for improved standards of living, so the demand for energy will only increase. At the same time, however, CO2 emissions need to be cut by 50 to 80 percent by 2050 in order to keep world temperature rises within two degrees of pre-industrial temperatures – the subject of the current UN Climate Summit in Durban, South Africa.

For this reason, Bellona advocates the two-pronged approach of biofuels and CCS, said Frisvold. 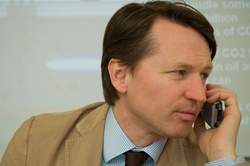 The global transition from fossil fuels to renewable energy is going to take time. Meanwhile, we must invest in solutions that reduce emissions and, at best, remove CO2 from the carbon cycle. The power plant in Malta, as suggested by Sargas, will be the first of its kind by actually leaving a minus sign on the ledger entry for CO2 emissions.

“We have done a preliminary study showing that the plant could produce electricity for about half the cost that the Maltese power company Enemalta is now doing so, and we are waiting patiently for a response from the government to proceed with a feasibility study together with Enemalta,” said Fleicher according to the paper.

The plant can be first in its class

The power plant will be very environmentally friendly, as it will capture 95 percent of CO2 emissions, including emissions from the combustion of the biomass (olive waste) itself. The waste will be transported to Denmark where it will be stored in empty oil wells.

“Malta is currently producing electricity by burning diesel oil, which not only emits CO2 but also a number of other toxic gases such as NOx, SOx and particulates,” said Frisvold.

“With Sargas’ technology Malta can go from being one of the EU’s worst students to straight “A”s. Clean energy and air will also make Malta more attractive as a tourist destination,” he said.

Including CCS in the Kyoto Protocol’s Clean Development Mechanism is a goal Bellona is impressing upon climate negotiators in Durban while the UN talks are underway.