On November 9th, the European Commission launched the first call for proposals to allocate the world’s largest CCS funding mechanism. 300 million EU emission unit allowances (EUAs) – today worth about €4.5bn – will be allocated through two calls for proposals for large-scale demonstration projects of CCS and innovative renewable projects through this mechanism. 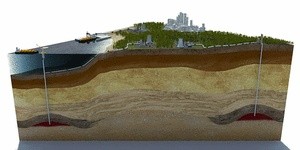 ”This is historical for CCS and a great achievement of ZEP,” says Frederic Hauge, President of The Bellona Foundation and vice-chairman of the Advisory Council of ZEP – the European Technology Platform for Zero-Emission Fossil Fuel Power Plants.

A tough fight by Bellona and its allies in ZEP to introduce an EU funding mechanism for CCS as part of the EU climate and energy package in 2008 resulted in this so-called NER300 funding mechanism. After the adoption of this ’set-aside’ for CCS by the European Parliament and the Council in 2009, a Commission Decision was adopted in February 2010 that set out the details on how projects would be selected. On November 9th, the first call for proposals to allocate funds from the sale of 200mn of the 300mn EUAs was then finally published. The next call is expected in one or two years.

Projects should immediately express to their Member States their intention to apply for funding. The Member States will already in one month be asked by the Commission how many projects they intend to submit in each of the 4 eligible CCS (post-combustion, pre-combustion, oxyfuel and industrial applications) and 34 renewable energy technology (out of which 9 are bioenergy) categories.

”We hope to see as stiff competition as possible in all categories. We also hope to see combinations of eligible projects, such as CCS with one of the nine eligible bioenergy technologies – that could give us the world’s first carbon-negative project,” says Hauge.

The projects have until 9 February to submit the formal proposals to their respective Member States. The latter have then three more months to decide which projects they want to support, and by how much they want to co-fund them. The NER300 awards will cover 50% of the net costs of doing CCS (that is gross CCS capital and operating expenditure minus the benefits of not having to surrender EUAs for stored CO2) or building the renewable energy project.

The European Investment Bank will then conduct a technical and financial due diligence of the candidate projects submitted by Member States in order to check their eligibility and rank them according to how effectively they contribute to reducing greenhouse gas emissions per euro of public funding (including both NER300, other EU funding and Member State support). This requirement – that blocks Member States from providing higher levels of state aid to outcompete each other – was included in the February 2010 Commission Decision to make sure the most cost-effective projects for the public purse would be selected, not the ones with the best political connections.

Depending on the number of candidate projects, this assessment by the EIB could take another nine months until February 2012. Finally, the Commission will do a number of verifications and consult with Member States before the Commission expects to make final awards in the second half of 2012.

An information meeting for stakeholders will be held by the Commission on November 19th.

The call for proposals is available here.