BRUSSELS – In a move hailed by environmentalists, the Dutch government has given the go-ahead to Royal Dutch Shell’s plans of establishing a CO2 storage site for captured carbon in depleted gas fields within the Dutch region of Barendrecht.

Published on November 19, 2009 by Veronica Webster 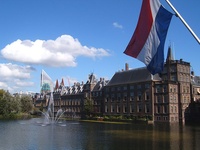 The Netherlands has an on- and offshore capacity to store a total of 1.6 gigatonnes of CO2  under the GESTCO project (download PDF to right) and has committed itself to developing CO2 capture and storage (CCS) technology (CATO)  in order to cut national greenhouse gas emissions (GHG).

Other CCS projects with onshore storage sites are in the early planning stages.

Shell anticipates that the first stage will take up to two years and will allow for evaluation prior to the final and more decisive stage.

The project has been met some opposition from the local government and residents in Barendrecht due to fears over health and safety.

Prior to Amsterdam’s announcement giving the green light Shell’s project, the local council said it would appeal to the Ministry of Environment if it gave the go-ahead.

The Ministry of Environment has explained that it hopes the Barendrecht project will dissipate any doubt regarding the safety of CO2 storage.

“Communication with and amongst all stakeholders – civil society, academia, local and national authorities as well as industry – is essential if CCS projects are to be successful,” says Dulce Boavida from Bellona.

“The process of social engagement with the local community must begin even before the project is formally planned and announced, so that they understand the situation and can make informed decisions regarding the desirability of CCS,” she said.

“Once the Barendrecht project is proved a success there may be greater understanding amongst local communities and some of the public outreach methods used by Shell in Barendrecht – as well as those used by other utilities elsewhere – may subsequently prove more effective”, she said.