Political momentum increasing for CCS in the EU

BRUSSELS – The momentum for full-scale demonstration of CO2 capture and storage (CCS) in Europe is increasing. At a joint high-level Bellona and Friends of Europe round table in Brussels on 27 May, a vast majority of government, industry and environmental leaders present agreed that incentives are urgently needed to build the first demonstration plants. 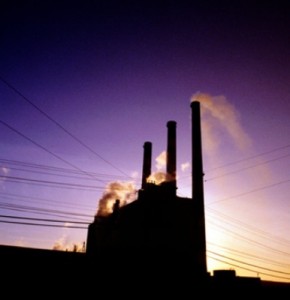 While EU energy commissioner Andris Piebalgs saw the need for CCS, he would not commit to any particular support scheme for early demonstration.

“I know what his preference is. But I also know there is no agreement within the European Commission,” said a confident Chris Davies, Member of the European Parliament and rapporteur on the proposed directive for geological storage of CO2.

Davies wants the EU to establish a so-called “double-credit” scheme as a carrot for the first full-scale demonstration plants. The proposal has gained support from the new CCS Leadership Coalition, of which The Bellona Foundation has been one of the founders.

Drawing a line in the sand
In parallel with such a carrot for early movers, Davies seeks to make CCS mandatory for fossil fuel power plants authorised after January 1st 2015.

“Making CCS mandatory is of course attractive from an environmental perspective, but we see that also industry is coming forward in support of it. They prefer that a line is drawn in the sand for mandatory CCS at some point in the future, giving them certainty about where they need to go,” said Paal Frisvold, chairman of Bellona Europa.

“We can discuss this, but CCS should not be made mandatory before it is technically possible,” he said, referring to 2015 when the CCS demonstration plants should start operating.

Proposals from Mark-C Lewis, managing director of Deutsche Bank, to rely solely on a tightened EU Emission Trading Scheme to provide incentives for CCS through a higher price on CO2 emissions was generally not met with approval by participants. It was notably pointed out that the level of the emission allowance price would then need to be so high that it would raise concerns about competitiveness of certain industries.

The China factor
Gavin Edwards, head of the climate and energy unit at Greenpeace International, was not convinced about the promises of CCS. But he was not against CCS as such – just the use of public money.

“If the industry wants to prove it, let them do it. But we should not spend any public money before that is done,” he said.

Davies concurred that CCS was not ideal
“I hate CCS. But I hate coal more. All our energy savings and RES count for nothing if China and India go ahead with their planned coal fired power plants. That’s why I am in favour of CCS,” he said.

Frederic Hauge, president of The Bellona Foundation, concurred and stressed the need to involve China in the development of CCS.

“China has to be part of the equation,” he said.

The next step in the EU legislative process on CCS is the first week of July, by when Davies need to submit proposals for amendments to the proposed directive for the geological storage of CO2.