BRUSSELS – The Polish government welcomed a Bellona proposal to use the Norwegian funds dedicated to poorer EU Member States for financing a full-scale demonstration plant for CO2 capture and storage (CCS). 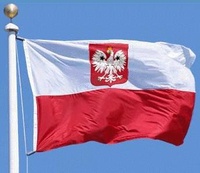 “Environment minister Maciej Nowicki and Vice Prime Minister Waldemar Pawlak are very positive to the proposal, and they wish to study its feasibility further,” said Paal Frisvold, chairman of Bellona Europa in Brussels.

Has almost everything
EU commissioner for energy, Andris Piebalgs, has emphasised that CCS will only succeed if Poland is actively involved. Ninety five percent of its power is generated from coal – the highest share in the EU. This is why the country emits 15 percent of all CO2 emissions in the EU.

Poland has to replace half of its power plants within the next 10 years. That is an opportunity to replace them with modern plants that capture and store the CO2 emissions. Poland also has the largest potential for CO2 storage in Europe.

“We have everything – except time and money” as Nowicki put it.

The EEA entry fee
Norway contributes about 250 million euros ($357 million) every year as an “entry fee” for access to the EU’s internal market. These funds are allocated to the new Member States, and 40 percent is earmarked for Poland.

The current agreement on the “entry fee” lasts until May 2009. Negotiations for a new agreement are about to start, and Bellona has proposed that future funds should directly finance CCS demonstration plants in countries like Poland. Romania, Hungary and the Czech Republic. But Poland is particularly important and promising.

The ball is now with the Norwegian government. Bellona urges Norway to make a commitment to financing CCS in Poland ahead of the next large international summit on climate change, in the Polish city of Poznan, in December 2008.