BRUSSELS – Norway will be the first non-European Union country to become member of the EU Emissions Trading System (ETS)—which covers about 40 percent of greenhouse gas emissions in the EU—starting January 1st 2008. 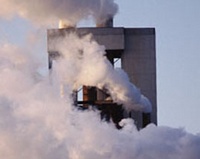 The three European Free Trade Association (EFTA) countries—Norway, Iceland and Liechtenstein—transpose most EU legislation through their membership in the European Economic Area (EEA). In today’s meeting of the EEA Joint Committee, the EFTA countries and the EU agreed to integrate the EU ETS legislation into the EEA Agreement, although the trading will only concern Norway.

Emissions allowances replace CO2 tax
Norway has since 2005 operated a national ETS. This system had a narrower coverage than the EU ETS, because the offshore oil and gas industry as well as certain energy-intensive land-based industries were subject to CO2 taxes instead of emissions quotas.

The CO2 tax is adjusted to keep the overall cost of CO2 emissions for the offshore industry at the current level—about EUR 35 to 40 per ton of gas. Land-based industries currently subject to a CO2 tax—such as pulp and paper—will be given free emissions quotas under the new system, as other land-based industries.

“In other words, by selling emissions allowances it was given for free by the UN into the pricey EU ETS, and buying equivalent amounts cheaply from poor countries, the EU ETS allows the petroholic Norwegian State to make money and at the same time seem to over-achieve with respect to the Kyoto protocol. All that without lifting a finger in its own country.”

Generous ceiling for cheap allowances
Industries covered will be able to trade emissions allowances freely with the rest of Europe, which will expose emitters in Norway to the same CO2 price as their European competitors. The EU ETS furthermore allows for limited trading with poorer countries of CDM/JI credits. Cheap allowances originating in such projects undercut the EU carbon price and thus weaken the incentive given by the EU ETS to the development and uptake of low-carbon solutions. For most EU Member States, the Commission has therefore limited to 10 percent the amount of emissions allowances that can be purchased from CDM/JI projects in the period 2008-2012.

Norway did not want any ceiling on allowances from CDM/JI projects. Under the EEA Joint Committee decision, however, emitters in Norway can cover up to 20 percent of their emissions through allowances originating from CDM/JI projects. The generous ceiling for such projects reflects Norway’s failure to fulfil the Kyoto commitment of limiting its emissions increase to 1 percent between 1990 and 2008-2012. In 2006, emissions were 8 percent higher than in 1990.

“It is welcome that the EU has managed to put a ceiling on the use of CDM/JI credits by Norwegian emitters,” said Holm. “Given that most emissions allowances will be handed out for free, most companies in need of purchasing allowances will be able to do so solely from CDM/JI projects.”

The enlargement of the EU ETS to Norway is unique in the sense that Norway has taken over the EU legislation with minor adaptations. The experience may still be useful for linking other non-EU countries’ emissions trading systems with the EU ETS. Future candidates for such linking might include Canada or even some US states such as California.