BRUSSELS – The British oil and mining companies British Petroleum (BP) and Rio Tinto have combined efforts to create an industrial-scale company to produce hydrogen energy in Western Australia that will use a coal-fire plant fitted with carbon capture and storage (CSS) technology. 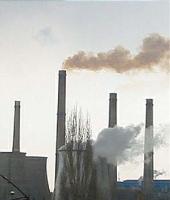 The joint project, under the aegis of a new company called Hydrogen Energy whose creation was announced May 17th, is expected to be completed by 2011.

Involved companies have expressed the hope that the creation of this enterprise will inspire others to follow suit as they see the example of CCS put into practice.

Creating hydrogen power
The new enterprise’s main task will be to create hydrogen power from coal fire, with the goal being to capture and store at least 90 percent of the emitted carbon in underground geological formations.

The Australian project will be one of several hydrogen energy projects run by Hydrogen Energy in conjunction with Peterhead in the United Kingdom and the US-based Carson.

BP and Rio Tinto hope to have the plant running within the next 5 years, but this depends on the political will to endorse the technology. The power plant should be able to generate enough electricity for 15 percent of the population in South Western Australia and store 4 million tonnes of carbon dioxide each year.

There are already test sites of the kind in operation – one of them in the Sleipner field on the Norwegian Continental Shelf. Still, industrial-scale plants with CCS technology are lacking, mostly due to the huge investments needed –as opposed to the low price of just emitting carbon dioxide.

Furthermore, the oil major predicts that government subsidies will be needed to make these projects viable anytime soon. Tony Hayward, BP group chief executive, said that: “Projects such as these have the potential to help deliver the carbon emission reductions, which companies and countries around the world are now seeking.”

Hydrogen Energy will be headquartered in Weybridge, England with an initial staff of 75 from the parent companies. The CEO of the new company, Lewis Gillies, said on May 21st that the company is aiming to bolster Australia’ energy security while preserving the environment.

“This project could play an important role in influencing our future power mix, strengthening Australia’s energy security while also minimising our impact on the environment,” he said.

“Hydrogen Energy is now working to deploy this technology as widely and rapidly as it practically can.”

The future of CCS technology to help curb global green house gas emissions remains uncertain until more projects such as these are tested at a large industrial scale. Bellona has been a frontrunner in the CCS technology development, and has pushed for a regulatory framework to accommodate similar projects as the BP and Rio Tinto initiative. Certainly, more of these projects are needed rapidly to see a global effect.