When it comes to cutting emissions from transport, shipping (together with aviation) has often been referred to as the elephant in the room, having been excluded from the Paris agreement and being inadequately addressed under existing UN conventions and EU legislation. Despite few, if any regulations, decarbonisation of the maritime sector is accelerating its pace in the northern corner of Europe. Bellona has played a major role in the Norwegian electric vehicle success story and is now also working to catalyse the country’s marine transport decarbonisation.

Marine transport has been in the shadow of road transport, though it is impossible to neglect its contribution to local air pollution and serious impact on human health. With 90% of the ports in Europe being located in major cities, it is time to step up the decarbonisation process of marine transport. 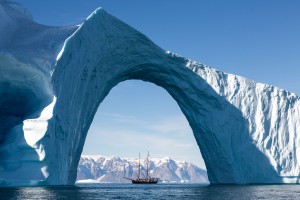 First fully electric ships
To start with, smaller ships for tourist purposes hold a large potential for electrification, which has been seen in the case of Opal, a ship used for whale safari in Arctic waters between Iceland and Greenland, which utilises sail power to recharge its batteries. Bellona encourages the use of silent, zero-emission vessels for tourism purposes in Norwegian fjords, such as the fully electric ferry “Vision of the Fjords”, which won the title “ship of the year” at the Maritime Future Summit SMM in Hamburg last year.

Electrification proves highly beneficial also for transfer ferries operating between shore towns; Norway has approximately 180 such ferries across the country.  Bellona’s report estimates that 7 out of 10 ferries would benefit from electrification, as they travel shorter distances and carry thousands of passengers and cars daily (to be verified).

Hybridisation of large cruise ships
Though smaller ships are regarded as the optimal choice for electrification, rapid technological development makes it already possible for larger ships to benefit from hybridisation. The Norwegian explorer cruise line, Hurtigruten, is to build new expedition ships using a new and environmentally sustainable hybrid technology. The chosen solutions will reduce the fuel consumption by approximately 20 percent, and for the first time, fully electric propulsion on a passenger ship will be made possible.

Early this year, Color Line and Ulstein Verft agreed on the construction of the largest hybrid vessel of the world. This ambitious plan can be achieved with sufficient availability of shore power in harbours. Bellona encourages policy makers to support infrastructure for shore power development, and together with Siemens, Nelfo and Efo, has mapped the possibilities and needs for shore power along the Norwegian coast.

And Norway is not alone. Passenger ferries between Denmark and Sweden are being converted to the world’s largest electric ferries, carrying 7.4 million passengers and 1.9 million vehicles annually. At the Stena Line terminal in the port of Rotterdam, ships already connect to shore power, and an expansion of shore power is anticipated. 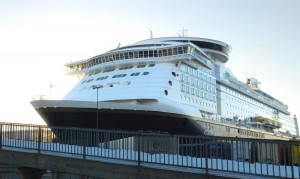 Larger and heavier vessels need powerful batteries
The main challenge to electrification of larger marine vessels, is the need for large, powerful batteries. Passenger ferries, such as those operating between Denmark and Sweden, are in need of 4.16 MW battery packs to be able to run fully electric.

Bellona is engaged in the development of batteries and launched last year its battery company BEBA, which will manufacture batteries for heavier vehicles and vessels. There is a need for rapid battery development and local battery production in Europe, a potential not only for decarbonisation of transport, but also for local job markets and industrial competitiveness.

Bellona, Siemens, Nelfo and Efo are arranging a seminar in Hamburg on April 28, on installation of shore power.

Bellona is also taking part in the high level Nor Shipping conference in Oslo 30 May – 2 June.