As one Norway’s most beautiful places, the Lofoten Islands attract millions of tourists each year from all around the world. Now those living on the island chain are faced with a question: How can they strike a balance between encouraging tourism and preserving the natural beauty that draws the tourists in the first place?

As one Norway’s most beautiful places, the Lofoten Islands attract millions of tourists each year from all around the world. Now those living on the island chain are faced with a question: How can they strike a balance between encouraging tourism and preserving the natural beauty that draws the tourists in the first place?

The islands are dotted with small fishing villages and towered over by majestic mountains. The climate year round is temperate by comparison to the rest of the wintry country and white sand beaches stretch along the coasts. In winter, the islands’ skies are illuminated by the Northern Lights. In short, they are a magnet for tourists wishing to get away from it all.

And come they do. According to official statistics, more than a half a million people visit the Lofoten Islands each year. Figures compiled by local hotels suggest that figure is even higher — closer to 1 million a year. Another 300,000 come ashore from cruise ships. That’s a lot for an area whose population is a mere 25,000 to absorb.

And while the tourist bring plenty of money to the local economy, they bring problems as well and the local environment is feeling them the most.

Current legislation may bear part of the blame. According to Norwegian law, nature is a common resource meant to be accessible to everyone. Because of this, Norway doesn’t have the same kinds of resort fees that are common in other countries. Even National Parks in America charge an entrance fee. Municipalities like Lofoten have come out in favor of such fees, saying it would allow them to build and maintain infrastructure for the tourist throngs. But the Norwegian government has opposed such measures, saying they are against the law.

One local, 63-year-old Yann Engstad, has led tourists into Lofoten’s mountains since he was a teenager. Last week he told a group of visiting journalists that despite a spike in tourism, it’s still too early to talk about any kind of peak in tourist development in the islands. That’s because although the industry is developing rapidly, infrastructure to accommodate visitors is lagging behind. All of that, says Engstad, is putting pressure on the local environment. 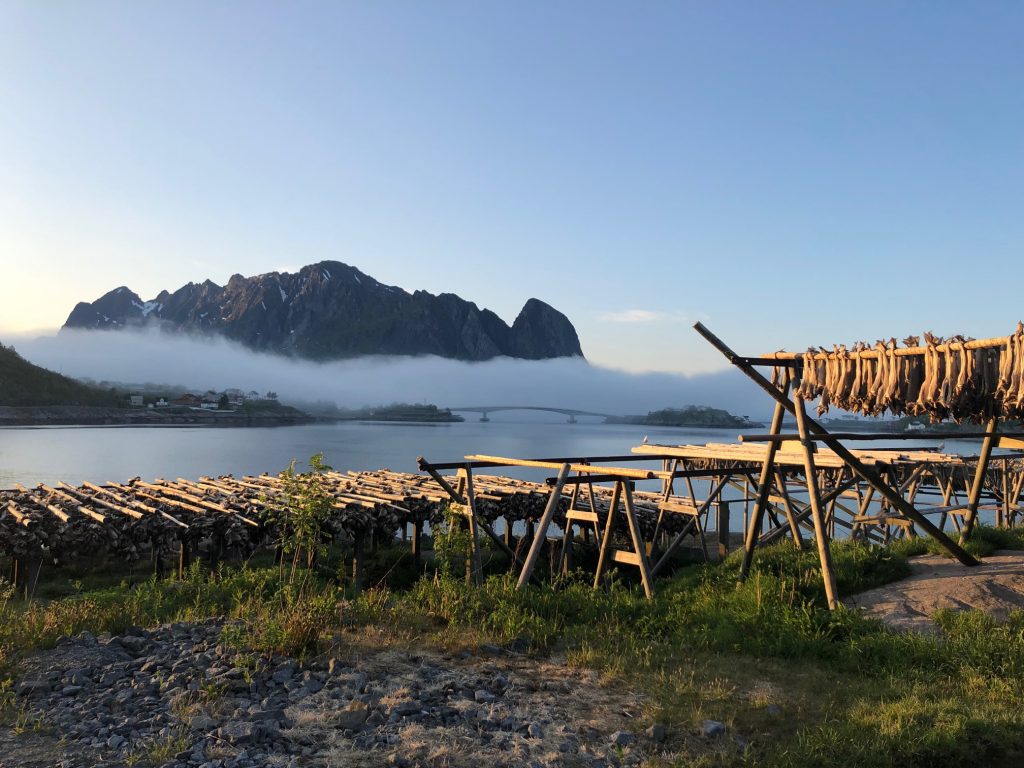 One of the many points on Lofoten Islands where cod are caught and dried. Credit: Anna Kireeva

“If we also slowly continue to adapt the infrastructure for tourism activities, then it seems to me that we already have a sufficient number of tourists,” he says. “If we want to accelerate the pace of infrastructure construction — put more public toilets, more garbage containers, strengthen mountain trails — then we can say that we have great potential to attract travelers to our lands.”

But it’s not just an issue of facilities like toilets and garbage cans, Engstad says. The attitudes of tourist themselves have to change.

“Very often a tourist thinks only of himself, his pleasure and convenience, forgetting that he is one of the million people who will visit the archipelago this year,” Engstad says. “For example, if each of them goes to the toilet in the bushes, then who would want to visit these mountains, all littered with toilet paper, after them?”

According to Kari Marie Antonsen, a senior researcher at the Nordland Institute for Scientific Research, Norwegian municipalities like Lofoten are starting to place higher demands on tour operators that are designed to lighten the load on local environments.

Meanwhile, Yann leads journalists through a gorge to the top of a picturesque mountain and says that he is not at all against the further development of tourist activities. He is proud that his hometown has something to offer. Having lived all his life around here, he can not help but notice how much things have changed over the last few decades. There are good restaurants, big hotels, shopping centers and new airports — all thanks to the influx of tourists. 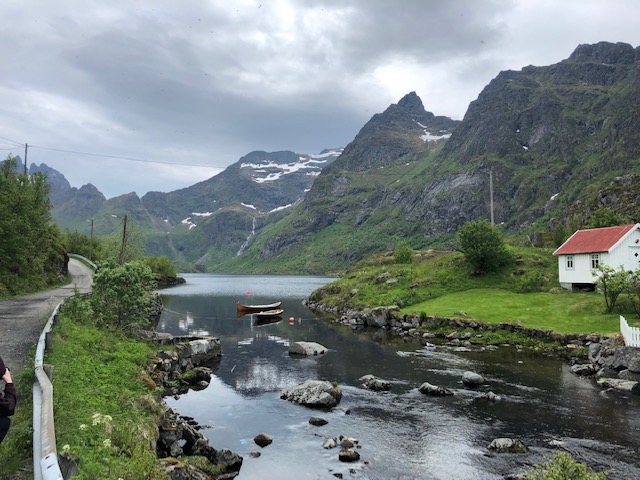 A village in the Lofoten Islands. Credit: Anna Kireeva

But he wants tourists to understand that the right to experience such natural beauty also carries the responsibility for its preservation.

“I offer tourist products that do not pollute or alter the natural environment, but make it better,” says Engstad, picking up a discarded empty cigarette pack in the mountains. “Many people throw cigarette butts and other garbage right under their feet. Worse than them, only those who for some reason bury and hide their garbage left after a picnic. I just can’t understand why they do it. ” 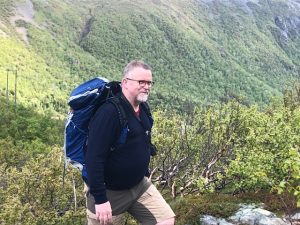 As part of his efforts to encourage responsible tourism, Engstad offers a tour package that involves doing a little cleaning up while taking in the sites. Tourists who are interested in helping out spend two hours picking up garbage, which is then taken to a special disposal site. The cost to come along? 1,850 NOK, or about $200.

But Engstad says business is good.
“Last year we collected 3.5 million kg of garbage,” he says. “This is a new kind of tourism offering visitors the opportunity to not only admire the beauty but make it better, to contribute to its preservation.”

“Ecotourism does not bring a lot of money,” says Engstad as he picks up an empty Coke can. “But it fits harmoniously into my lifestyle. We are all tourists on this planet. And we have no planet B.”