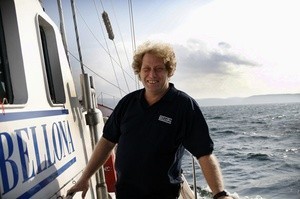 -A 30th anniversary is an excellent opportunity to start something new. Solar energy and batteries are about to change the world. We have developed a good starting point. Now we have to take the great green leap, says Bellona’s founder Frederic Hauge.

Last week, Bellona became the owner of 30% of the shares of Rensa, a company developing electric propulsion systems and batteries for the maritime sector.

Today, papers have been signed for the establishment of BEBA (Bellona Energy Storage, Battery & Applications), a company that will develop, sell and operate electric propulsion systems and battery packs.

BEBA will own Bellona’s shares of Rensea. At the same time, the company will be the initiator of a third company called HeavyEV. The latter will establish industrial and financial activity for electrifying mining machinery and construction equipment.

BEBA will also conduct research to develop the assembling of batteries and the manufacturing of better batteries.

-We have a tradition to be a step ahead. The Norwegian maritime sector, mining, and construction industries have both a great emission reduction- and economic potential, says Hauge. 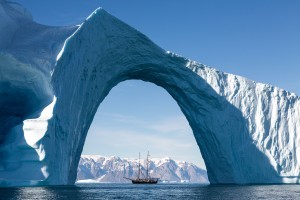 Norway is the right place to start

-After many years of working with electric cars and boats, it is time to use our expertise and further contribute to the progress. Norway is the right place to start, with abundant renewables and the necessary skills to cut emissions, says Hauge.

Bellona has already participated in a successful collaboration with international partners in Iceland, where we are converting old sailing ships to run on electric motors and batteries.

The ship is called Opal and is used for whale watching in Iceland and Greenland. The Company North Sailing now drives tourists inaudibly and emission-free through the vulnerable areas in the Artic Region, tells Hauge who even spent his summer holidays on board of the Opal last year.

BEBA’s battery cells can be replaced individually if needed.

-One can easily replace individual cells when they are damaged, or when the technology has advanced and you want to switch to more efficient battery cells, says Hauge.

He believes such batteries will accelerate the electrification of sea transport. The design of battery boxes makes them a lot more compact which in turn reduces ships’ weight and emissions.

-A Tesla revolution is going to happen at sea, and we will help to accelerate it. A simpler solution, where you can replace the battery without having to take the boat up on shore, will be an important advancement, says Hauge.

He says today’s batteries are not optimal for the maritime sector.

-In a boat, the heavy batteries also act as a ballast stabiliser. But today’s batteries are, normally piled on top of each other, which means that you need to have ballast water in addition. That is unnecessary.

Norway has a ferry running on electricity provided by batteries and an electric fishing boat, and this summer an electric tourist boat will be launched at sea close to Nærøyfjord.

A similar transition is under way in the construction industry.

-Yes the revolution is also on the way to building sites. There are already electric excavators, cranes and wheel loaders. We will help make this revolution happen faster than it would otherwise have done, says Hauge.

Bellona’s environmental ship Kallinika will be our next showcase. Thereafter follow the electrification of several more ships in North shell fleet.

“Seeing is believing”. Kallinika will be our tool to convince everyone that the change must take place now, says Hauge.

Bellona is already a shareholder in a number of companies, including the Sahara Forest Project, engaged in growing food in greenhouses in desert areas, the Ocean Forest Project, conducting research on environmentally friendly farming techniques, and the eRoute71 which builds and operates electric car re-charging stations across Norway.

Propeller Opal is also used to recharge the batteries when the ship is sailing.