The beleaguered Norvik tanker, left adrift and taking on water for over a week after hitting an ice floe on the Northern Sea route – where the vessel technically is not allowed to sail – has nearly returned under escort to its homeport of Khatanga in Northern Siberia, the Barents Observer news portal reported.

Published on September 18, 2013 by Charles Digges 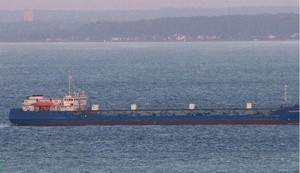 The Nordvik, a so-called ice class 1 vessel, according to the permit (in Russian) it was issued by the Northern Sea Route Administration, was struck by an ice floe on September 4 in the Matisen Strait to the north of the Taimyr Peninsula on a course for Murmansk.

The class one status, as noted on the permit, confers the Norvik license to sail only in the Kara Sea and the Laptev Sea and only in light ice conditions with icebreaker escort.

That the ship was in medium ice conditions with no icebreaker escort in sight constitutes a major violation of Northern Sea Route Administration procedures, any fines or punishment for which are likely to fall on the heads of the Nordvik’s owner, the Khatanga Commercial Port, Russia’s Seafarers Union has said. But Russia has been keen to take control of the Nothern Sea Route, establishing the Northern Sea Route Administration, and essentially offering up its icebreakers as a necessary part of the toll vessels must pay to make the passage from Europe to the Far East, avoiding the Suez Canal.

But future environmental safety along the route is hardly a given, despite these preparations, if the Northern Sea Route Administration cannot even police Russian vessels that run afoul of its guidelines. Further, as evidenced by the Nordvik’s aimless weeklong drifting, crippled with a gash in its hull and laden with tons of diesel fuel, any effective rescue infrastructure for distressed vessels along the route is barely existent.

Indeed, several days worth of data taken from maritime charting websites and vessel monitoring services reveal the Nordvik’s rescue was due in bulk to plain happenstance.

The Nordvik began taking on water after the ice collision through one of its ballast tanks, threatening a leak of its diesel fuel into the delicate Arctic ecosystem.

Calls to aid the vessel went largely ignored until September 11, when the Murmansk-based Boris Vilkitsky tanker was diverted in the direction of the foundering Norvik.

The following day, two nuclear icebreakers, the Vaygach and the Taimyr, which were escorting the Russian Navy’s flagship battle cruiser, the Petr Veliky, or Peter the Great, were also sent to help the ship.

According to the Barents Observer, the arriving Boris Vilkitsky took on some 1800 liters of diesel oil from the Nordvik, possibly avoiding an ecological mishap.

The Russian Sea and River Transport Agency (in Russian) reported there was no leakage of diesel oil from the Nordvik.

The Boris Vilkitsky is returning to its homeport of Murmansk with the Nordvik’s diesel oil on board, and the Nordvik is steaming back to its home port of Khatanga under escort from the Vaygach and the Taimyr.

There are no data available on the movements of the Nordvik, implying that the vessel may already have put in at port.

Further, the estimated times of arrival back in Murmansk for the Vaygach and Nordvik are still listed as unknown, possibly meaning that they are on their way back to Murmansk, or steaming  back to the cortege escorting the Petr Veliky.

News of the Nordvik’s ice collision stirred an avalanche of criticism from the Russian Seafarers Union, which released a statement (in Russian) saying the Nordvik should never have been sailing in icy conditions.

The nautical tracking website vesselfinder.com reported that Northern Sea Route authorities have said the Nordvik was in violation of its permit by sailing in waters of medium ice conditions to begin with.

The Seafarers Union said the Khatanga Commercial Port put both the vessel and the Arctic ecosystem in peril.

“[The September 4] accident was a direct threat to the lives of sailors and the ecology of the Arctic” the union’s statement read. “Vessels like that should not be sailing on [Northern Sea Route] simply because they are not capable of withstanding the ice conditions.”

The Seafarer’s Union also used its statement to make a point Bellona has emphasized time and again – that the race to develop the Northern Sea Route is haphazard at best given the lack of critical infrastructure to deal with emergencies at sea, much less the remediation of ecological disasters.

“We cannot forget the environment,” read the Union’s statement. “A huge amount of diesel fuel could have leaked out into the sea. Who would be there to clean it up is unclear.”

Vesselfinder.com reported that more shipping along the northern sea route is inevitable given that global warming is expected to melt Arctic ice further, and because the shortcut between Europe and Asia is too enticing as it allows for savings in fuel costs.

But the site did advocate for further monitoring of sea travel via the Northern Sea Route in the interest of minimizing black carbon soot, which is both a short term climate gas, and which hastens the melting of ice by reducing its reflective power against solar radiation by fouling it with black dust.