Daily carbon dioxide emissions have plummeted during Covid-19 lockdowns, backing earlier predictions that the pandemic could lead to the largest decline since World War II. But experts are still skeptical that the changes will last long enough to make real progress against climate change. 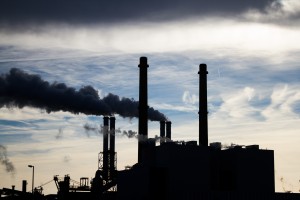 Daily carbon dioxide emissions have plummeted during Covid-19 lockdowns, backing earlier predictions that the pandemic could lead to the largest decline since World War II. But experts are still skeptical that the changes will last long enough to make real progress against climate change.

As infections surged in March and April, nations worldwide experienced an abrupt reduction in driving, flying and industrial output, leading to a startling decline of more than 1 billion tons of carbon dioxide emissions. That includes a peak drop in daily emissions of 17 percent in early April, according to the study, published in the journal Nature Climate Change. For some nations, the falloff was even steeper.

Still, the researchers who produced the report see little reason to toast the findings.

Scientists have long insisted that the world must scale back carbon pollution significantly – and quickly – to mitigate the worst effects of climate change over the coming decades, although none have suggested that a deadly global pandemic is the way to do so.

The new study projects that total emissions for 2020 will probably fall between 4 and 7 percent compared with last year – a drop that would be unheard-of in normal times. Nearly half of those emissions were from “surface transport,” like car rides. The final 2020 figure will depend on how rapidly, or cautiously, people around the world resume ordinary life.

The unprecedented situation produced by the coronavirus offers a glimpse at the massive cuts in global emissions, year after year, that would be required to meet the most ambitious goals set by world leaders when they drafted the 2015 Paris climate accord.

Last fall, a United Nations report estimated that global greenhouse gas emissions must begin falling by 7.6 percent each year beginning in 2020 to avoid the worst effects of climate change.

But even the precipitous emissions drops that have come of the lockdowns underscore how far the world is from reaching those goals. The forced plunge in greenhouse gases only brings pollution levels to where they were in 2006.

Without lasting structural changes to worldwide industry, a sustained dip in emissions is highly unlikely, with experts pointing out that carbon output dropped in 2008 during the Great Recession –­­­ but jumped by more than 5 percent as the economy recovered.

The new study looked at daily emissions from 69different countries, 50 US states and 30 Chinese provinces using electricity use and mobile tracking data. The areas studied make up 85 percent of the global population and 97 percent of the world’s global carbon dioxide emissions. Last week, early findings from an ongoing study from the National Oceanographic and Atmospheric Administration found the pandemic’s effect on society has led to a drop of up to 30 percent in smog-creating emissions in US cities.

But the changes could easily be wiped out by efforts to quickly ramp up economies, including governments around the world that may be more willing to relax regulations to jump-start companies.

Despite a February estimate showing that China – the world’s biggest polluter – emitted 25 percent less carbon than in the same four-week period the previous year, analysts remain skeptical about any lasting changes.

Lauri Myllyvirta, lead analyst at the Centre for Research on Energy and Clean Air, based in Finland, told NBC News that China responded to the 2008 financial crisis with the “biggest, dirtiest stimulus program in the history of mankind.”

How other nations handle their responses to the economic shock will also be critical.

There are some glimmers of hope that ambitious climate action could play a part. European Union leaders have said the recently announced Green Deal must be at the heart of an “intelligent recovery.” In spite of pressure to soften its green ambitions because of the pandemic, the EU has begun a consultation on tightening its carbon reduction targets by 2030.

Things look less promising in the US. Last week, the Environmental Protection Agency confirmed that the Trump administration had relaxed enforcement of regulations to help polluting industries deal with the pandemic. Gina McCarthy, who directed the EPA in the administration of President Barack Obama, told NBC that the announcement is “a license to pollute.”