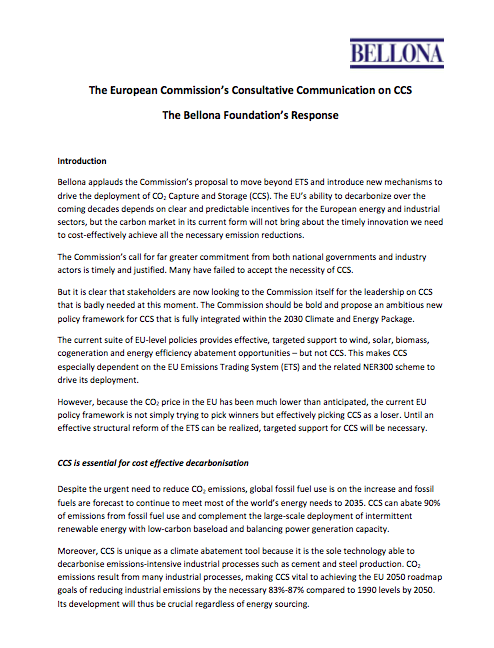 Bellona submitted its response the European Commission’s Consultative Communication on CCS, outlining the necessary steps which need to be taken for CO2 Capture and Storage (CCS) to be taken to the next level in Europe. Bellona recommends Member States to take the lead up till 2020, at which point a core EU CCS policy framework, integrated into the EU’s 2030 Climate and Energy Package, should come into effect.