“The vote in the Environment Committee will hopefully call a halt to EU ships being carelessly scrapped on the beaches in developing countries. Now it is up to the EU Council of Ministers to support both the industry-financed recycling fund and the mandatory inventory of hazardous materials in the upcoming negotiations,” says Paal Frisvold, Chairman of Bellona Europa, the initiator and founding member of the NGO Shipbreaking Platform.

The European Parliament’s Environment Committee voted on Tuesday 26 March on a report on ship recycling regulation. The MEPs proposed a ship recycling fund – a scheme to be financed by a recycling levy, in line with the polluter pays principle. The owners of EU ships would also face penalties if they sold their fleet for scrapping on a beach in developing countries, as is often the case now. 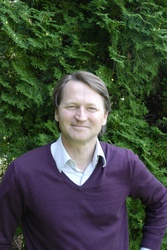 Every year, around 800 ocean ships are dismantled to recover steel. However, only a tiny proportion of out-of-service ships are handled in a safe manner. More than 80% of all ships are being broken down manually on the beaches in developing countries such as Bangladesh, India and Pakistan. The ship-breaking companies take advantage of the lack of or minimal enforcement of environmental and safety rules to make the most of profits while ship-breaking workers suffer from occupational diseases caused by toxic materials.

The draft regulation, proposed by the Commission in March 2012, aims to reduce the negative effects of careless scrapping, such as accidents, injuries or damage to human health and the environment. It ensures that EU ships, and non-EU ships that use the European ports, are scrapped in EU-approved facilities worldwide. An EU-wide fund would make scrapping ships by EU-approved services competitive.

The idea, introduced by the Rapporteur Carl Schlyter, a Swedish MEP from the Greens-EFA group, is to have all ships calling at EU ports contribute into the fund. The fund will pay out premiums for safe ship recycling in EU-approved facilities. This will remove the price gap in comparison to the facilities located on beaches in South-Asian countries where owners of the ships benefit from the highest prices.

According to the report the EU ship-owners would be obliged to draw up an inventory of hazardous materials on board of their ships. Non-EU ships entering a port of a member state would also have to have a hazardous materials inventory on board. In case of non-compliance with the inventory, penalties could be imposed. Penalties would also be imposed on owners of EU ships that are sold and sent for recycling on a beach or in a facility not on the EU list. 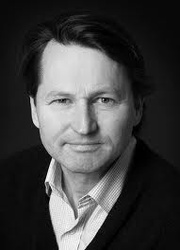 The European Parliament will vote at a forthcoming plenary session in April on a mandate for negotiations with EU ministers. The Working Party on the Environment of the Council started its examination of proposal in April last year. The Irish Presidency produced the compromise text in March this year which will now be discussed with the Parliament.