MEPs from across the political spectrum calling for stricter offshore rules

A committee discussion on the proposed offshore safety regulation this afternoon showed that Members of the European Parliament (MEPs) from across the political spectrum would like to see the proposal strengthened. With the only exception of the MEP representing the conservative ECR, all groups requested the inclusion of additional provisions to fully respond to the risks of the European offshore sector.

Published on September 6, 2012 by Kristina Östman 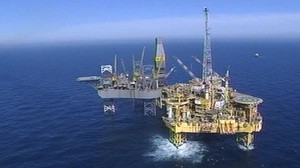 The European Parliament’s Committee on Environment, Public Health and Food Safety (ENVI), which is responsible for parts of the offshore safety proposal, discussed their suggested amendments this afternoon. The discussion revealed that, with the exception of the European Conservatives and Reformists (ECR), all political groups wanted the legislation to remain a regulation, as proposed by the Commission, and suggested a range of improvements to strengthen it.

The rapporteur, with the main responsibility on the file, Justas Vincas Paleckis from the Alliance of Progressive Socialists and Democrats (S&D) had his report presented by an expert. Calling for requirements that operators prove their financial capability to cover the costs of a potential accident prior to operations, extending the mandate of the European Maritime Safety Agency (EMSA) and requiring particular caution in the Arctic, he raised many of the issues Bellona is working actively for.

Through meetings with the MEPs responsible for the file from the various political groups, Bellona has, together with other environmental NGOs, spent the past months fighting for the inclusion of stricter provisions in the proposal. The wide-spread support for our suggestions was seen in today’s meeting through interventions by Birgit Schnieber-Jastram from the European People’s Party (EPP), Corinne Lepage from the Alliance of Liberals and Democrats (ALDE), Bas Eickhout  from the Greens, Sabine Wils from the European United Left/Nordic Green Left (GUE/NGL) and Linda McAvan from S&D.

There was an agreement that financial security needs to be required by operators in order to avoid the costs of an accident falling on tax payers. There was consensus that special consideration is needed for the sensitive environments in the Arctic, with some MEPs calling for a moratorium and others requesting that the EU works actively through international fora to limit petroleum activities in the region. There was agreement that increased transparency and access to justice are vital to allow the public to influence decisions in the sector.

The MEPs not only supported the legal form of the proposal as a regulation, but also requested EU agency oversight to achieve true harmonisation of safety across the Union. From Bellona’s point of view, this is crucial to ensure correct implementation and sufficient risk reductions in all European offshore countries.

Struan Stevenson, the British conservative who requested the change to a directive, used the Elgin accident as an example of how well-functioning the North Sea safety regime is. This was immediately countered by the Commission, accurately stating that the large number of unanswered questions related to the accident makes it too early to use it as an argument in favour of either side.

The ENVI committee will vote on the amendments on 20 September.