A report presented to the Norwegian government on 16 August quantifies the costs associated with the different legal frameworks for offshore oil and gas activities in Norway and the rest of Europe. What the report fails to mention, however, is the ample opportunity the Norwegian government had to ensure common minimum rules across Europe through the European Commission’s proposal last year for a regulation on offshore safety.

Published on August 23, 2012 by Kristina Östman 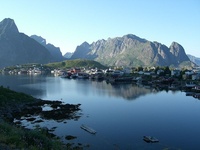 Offshore operations on the Norwegian continental shelf are as much as 40% more expensive than those on the neighbouring British continental shelf. The report argues that the additional cost is partly due to higher labour costs, but also because of differences in regulatory systems. Mobile installations moving from the waters of one jurisdiction to another have to adapt to fulfil legal requirements and in the case of moving to Norwegian waters operators claim that the unknown costs associated with these adaptations are bound with high uncertainty. However, one of the members of the expert group drafting the report, Magne Ognedal, the head of the Petroleum Safety Authority, argues that it is unclear to what extent these costs are due to differences in legislation.

The conclusion of the report could indirectly lead to two opposing recommendations: lower the safety standards in Norway or raise them elsewhere. The first is not only politically unacceptable, but also morally unjustifiable. The second on the other hand appears to only have advantages. What is interesting is that Norway had the opportunity to take part in doing exactly this last year.

When the European Commission was preparing its proposal for a regulation on safety of offshore oil and gas operations, which was later adopted in October 2011, they reached out to stakeholders in all countries. Norway, being one of the countries contacted, refused to enter a constructive debate on the proposal and on the contrary claimed this year that the legislation would not be applicable on the Norwegian continental shelf. This left Norway outside the debate, with no opportunity to constructively feed into the process.

Bellona is hopeful that the new findings will give the authorities an opportunity to reassess their scepticism to EU intervention and be more constructive in coming dialogues.

The proposed EU regulation will be the topic of one of the sessions at Bellona’s conference before the opening of ONS on Monday 27th August in Stavanger.

Read the report (in Norwegian) here.

To sign a petition calling on EU decision makers to make the most of the proposed regulation and stand up against the oil lobby, click here.