Discussions in the European Parliament on the European Commission’s offshore drilling proposal have resulted in mixed messages, with reports by two rapporteurs backing a strong legislative response to protect against a major oil or gas accident, whilst another rejected several positive measures, seemingly having paved under for the pressure of oil and gas industry short-term interests. 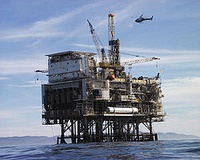 The safety of offshore oil and gas operations in Europe needs to be improved. This is why the European Commission in October 2011 presented a proposal for a regulation on offshore safety. This proposal has been been intensely debated in the Council since autumn 2011 and in the Parliament since June this year.

In yesterday’s exchange of views in the Parliament’s Environment committee (ENVI), the MEPs stood up strongly for improved safety. A fruitful discussion, with interventions from almost all the political party groups, followed the presentation of rapporteur Paleckis’ (S&D) draft opinion which requested strengthening of the proposal. Groups from across the political spectrum called for even further strengthening, especially with regard to

The Legal committee (JURI) only had a presentation of their draft opinion, by rapporteur Lichtenberger (Greens), in yesterday’s committee meeting. The draft opinion strongly supports the Commission’s proposal but requests further strengthening, covering many of the areas raised also by ENVI members and pushed by Bellona and partnering NGOs. To achieve true harmonisation of safety of European offshore operations, they are formally requesting the extension of EMSA’s mandate to oversee European offshore operations.

The Industry committee (ITRE), in their exchange of views this morning, on the contrary failed to stand up for the protection of the seas, coastal communities and the environment that are all at risks from offshore accidents. Only a very short discussion followed the presentation of rapporteur Belet’s (EPP) draft opinion, which among other things waters the proposal down to a directive from a regulation. A regulation is, as opposed to a directive, directly applicable in Member States and is the only way to guarantee minimum levels of safety across the Union.