INTERVIEW: Energy expert Vietor: Germany has a historic chance to show other nations renewables are the future

ST. PETERBURG – In mid-April, Chancellor Angela Merkel and prime ministers of Germany’s federal lander approved a transition plan to a new energy strategy that would see their country implement a gradual phase-out of nuclear energy. To learn how this political decision will alter Germany’s energy landscape, Bellona’s St. Petersburg-based magazine Ecology and Rights spoke with energy and climate expert Marcel Vietor of the German Council on Foreign Relations.

Published on May 24, 2011 by Angelina Davydova, translated by Maria Kaminskaya 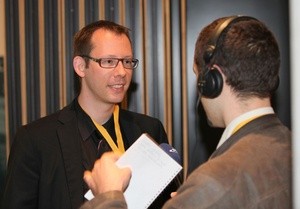 – Nuclear phase-out is not a new idea for Germany. The issue has been the subject of constant discussion in the country for the past twenty years, with now the “hard” approach, now the “soft” one taking turns in shaping the current debate. What is the political significance of this latest decision?

– Indeed, starting already since the 1990s, all federal governments irrespective of their political composition have been making it part of their agenda to switch Germany’s energy supply, based, for the most part, on the use of fossil fuels – in 2008, up to 23.5 percent of energy was produced from coal, 34.5 percent came from oil and oil products, and natural gas gave 22.2 percent – onto a predominantly renewable footing, raising this share from 8.6 percent as of 2008. This agenda was influenced, first and foremost, by the need to reduce greenhouse gas emissions.

One should note, however, that the understanding of how fast or how dynamic this process needed to be, as well as of the role of traditional energy resources, nuclear energy especially, differed considerably among the individual governments.

In 2000, the government of [former Chancellor Gerhard] Schroeder reached an agreement with four largest German energy producers, E.ON, RWE, Vattenfall, and EnBW. By this agreement, Germany was to gradually shut down between 2008 and 2022 seventeen nuclear power plants with a combined installed capacity totalling 20.3 gigawatts, which made 23.3 percent of the country’s overall electric power output in 2008, or 11.1 percent of total energy produced. In 2010, the current government, led by Angela Merkel, extended the useful service lives of nuclear power plants, pushing closure deadlines back until between 2016 and 2036, thus slowing down the energy reform.

But the disaster at Fukushima, as well as federal elections of the spring of 2011, impacted strongly the position of the government, which made a swift and steep turn toward a much decisive stance with regard to the transition to renewable energy sources. Angela Merkel, along with many other supporters of nuclear energy, was forced to change the earlier opinion as a result.

Hardly a couple of days had passed since the earthquake in Japan when Chancellor Angela Merkel announced a three-month moratorium on the law introducing extensions on nuclear power plants’ operational licences and thus stopped immediately and, possibly, for good the operation of seven oldest reactors, built between 1975 and 1980, and another one, which is “younger” but prone to incidents. Their total capacity is 8.3 gigawatts. The Nuclear Safety Commission was meanwhile charged with conducting in-depth testing of all the reactors.

In addition to that, the government established an Ethics Commission to debate all the pros and cons of nuclear energy and alternative ways of electricity production. But it turned out that by instituting the moratorium, the government may have violated the rights of nuclear energy production companies. The energy concern RWE, which operates five of the country’s seventeen nuclear power plants, has already taken legal action, filing a complaint over the moratorium. Consequently, the federal government, in cooperation with the governments of the lander where these nuclear power plants are based, is preparing to defend its position in court.

By mid-June, a law is expected to take effect that would provide the necessary legal basis for the closure of nuclear power plants and amassment of the share of renewable sources of energy. This step may also be needed to prevent simple replacement of nuclear capacities with old power plants based on coal.

– How are these changes perceived in Germany?

– Of course, the decision about the moratorium, which was taken practically in a rush after Fukushima, as well as the increasing interest in switching to renewable sources of energy that came as a result, were not thought through well enough. The decision was made in too brief a timeframe, and without due public discussion. The problem that may come up as a consequence is that the decision to shut down nuclear power plants and switch over to renewable sources of energy may not hold for too long. In point of fact, it is already now being torpedoed by critics who express concern about the competitiveness of Germany’s energy-intensive industries.

Instead of on-the-spot, emotional decisions by the government, we need an open and transparent debate in the public domain, among representatives voted into parliament by the population, not within an ethics commission appointed from above. Only through such a cooperative approach will we be able to reach a sustainable public consensus on transforming our energy supply system by investing into a new energy infrastructure in the long term. Thus we could remain certain that a new incident – be it a nuclear catastrophe, a gas crisis, or elections – will not again turn upside down all our ideas about energy supply.

Will the green politicians justify the voters’ hopes?

– The catastrophe at Fukushima has influenced the political life in Germany as well: In a number of regions, green parties won most of the voters’ support in the latest elections. How long-lasting might this process of the greens’ growing popularity in German politics turn out to be?

– It is at this point unclear whether the envisioned energy industry transformation is enjoying stable support. The same can be said about the political shifts that have taken place two weeks after Fukushima. Then, the elections in Baden–Wurttemberg , in Southwest Germany, propelled the expressly anti-nuclear Green Party to a momentous win, with 24.2 percent of votes – double the result of previous elections – going to this party. The Green Party will now appoint the prime minister of that federal land, a first in the party’s history, replacing the incumbent representative of the conservatives, who is an ardent proponent of nuclear energy. But the greens will yet have to prove that they can fulfil the wishes of their voters. Not only will they need to handle successfully the reorganisation of EnBW – the concern that operates four nuclear power plants and in which 45 percent is owned by the government of Baden-Wurttemberg – into a company that produces energy out of renewable sources. But they will also have to find a balance while pursuing the intent to develop renewable energy sources – which requires, among other measures, laying a multitude of new high-voltage power lines or building wind turbines in populated areas, contributing thereby to the development of the so-called NYMBY [not in my backyard] syndrome, etc. Therefore, we are yet to see if the greens can live up to the expectations of their voters.

– In your opinion, can such processes become a reality for other countries of the European Union as well?

– It seems to me that in the grand scheme of things, this dramatic reshuffle among both voters and political parties with regard to the issue of nuclear energy will remain, essentially, a German phenomenon. Green parties or anti-nuclear groups may likely receive support in other countries, as well, but I think what changes in the energy policy will take place there will be gradual. Most countries are currently engaged in running safety tests at their nuclear power plants and, perhaps, tightening safety standards as well, but only some of them are in a position to put into doubt the technology itself.

It is also of importance that Germany, of course, does not play a major role in supplying energy to other countries. But it has now been given a historic chance of setting an example and persuading other nations to switch to energy supply based, in the better part, on renewable energy sources. To be able to do that, however, Germany will have to, first and foremost, complete such a transformation at home and avoid at the same time lowering the standard of living for the population or impairing the competitive advantage of its industry. I believe that Germany must avail itself of this chance.

Otherwise, the situation may lead to a regress on an international level, with the populations of other countries starting to ask questions as to why they need to rearrange their energy economies in favour of renewables even as Germany, with its relatively rich economy and a strong leaning toward renewable energy sources, is not doing the same.