ST PETERSBURG – Yury Chernogorov, a nuclear expert with Bellona who devoted his research to studying ways to decommission the hazardous floating nuclear storage ship, the Lepse, died Tuesday in St. Petersburg. He was 76 years old.

Published on May 18, 2011 by Bellona, translated by Charles Digges 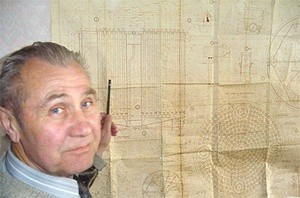 Chernogorov was born in Leningrad on September 27,1935 and graduated from the Leningrad Military Technical Institute. After graduating the institute he worked at the Bolshevik factory, at the Izhorsk factory and at the Central Machine Building Construction Bureau (TsKBM in its Russian acronym).

In 1980, Chernogorov began his career with vessels as the chief technician in a special working group of the Murmansk Shipping Company, the former owner of Russia’s nuclear icebreaker fleet. From 1996 to 2000 he worked at the Central Scientific Research Institute for Shipbuilding.

Cherngorov was one of ERC Bellona’s leading experts. His opinion was solicited both by adherents and opponents. He was also an advisor to the Russian Engineering Academy, and had served on the Lenin, Russia’s first nuclear icebreaker.

Chernogorov was an indisputable Russia expert on Russian nuclear technology, a specialist on its fleet of nuclear submarines, nuclear icebreakers and nuclear decommissioning. He participated in the refueling of more than 30 nuclear reactors aboard nuclear icebreakers.

Chernogorov also passed his knowledge on to those studying his discipline, lecturing for 20 years at the Makarov Nautical Academy, where he taught the upper echelon of engineers in Russia’s nuclear icebreaker fleet.