The Club of Madrid, the largest international forum of democratic former heads of state and government, the Bellona Foundation, and the energy company Hafslund ASA have joined forces to host an international climate conference in Norway on June 5th and 6th 2008. This will be an ambitious, solution oriented event that seeks to make a constructive contribution to the negotiations for a new international climate agreement. 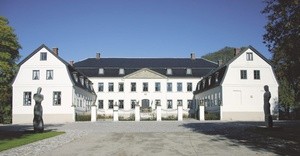 The conference, called “Climate Conference 08: Technology and Finance in Climate Cooperation” is set to begin on World Environment Day. One hundred specially selected international representatives from politics, academia, the business community and various organisations will come together at Hafslund Manor in Sarpsborg, Norway to analyse the challenges at hand on these two fronts, technology and finance, and formulate creative and constructive recommendations based on their respective experiences and knowledge. 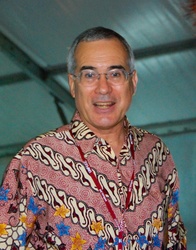 Negotiations for a post-2012 global climate change agreement were formally launched at the climate summit in Bali last December and are expected to be concluded in 2009. With this process now underway, the Club of Madrid, the Bellona Foundation, and Hafslund ASA have agreed to join forces to spur ideas for a final agreement that will be both ambitious and realistic. Each of the three co-organisers brings specific perspectives to the climate change debate: the Club of Madrid, the political experience of the largest forum of democratic former heads of state and government, the Bellona Foundation as an environmental campaign organisation, and Hafslund ASA as a company with a long track record of producing renewable energy.

As agreed in the Bali Roadmap, climate negotiations will focus on four pillars or pathways – mitigation, adaptation, technology and finance. The two-day conference “Climate Conference 08: Technology and Finance in Climate Cooperation” will center specifically on two of these, the technology and finance provisions that a new agreement on climate change should include and how these can be successfully negotiated and eventually implemented. Successful outcomes in these two fields will be essential to:

“With these negotiations underway, the Club of Madrid, Bellona and Hafslund would like to contribute to reaching an agreement that is both realistic and ambitious, one that provides predictability in efforts to combat climate change,” said Bellona’s President, Frederic Hauge.

In words of Lagos; “I believe this conferenceis an opportunity to approach these two crucial elements of the climate change dilemma, that is, technology and finance,from a more integrated perspective, taking into account the concerns and views of different but equally important sectors of society – the political, industrial and environmental. With this wide spectrum of real world figures, there is no doubt this gathering will contribute to our commitment to formulate practical recommendations to face the climate change challenge”.

Discussion of the issues in plenary sessions and small working groups made up of representatives from government, academia, business and civil society will facilitate the formulation of creative, solutions-oriented recommendations that will then be used to inform important players in the negotiation process leading up to the Copenhagen summit in 2009, including negotiators, policy makers, industry and NGOs.

Technology and finance
The CC8 conference “Technology and Finance in Climate Cooperation” will highlight technological and financial initiatives that any new climate agreement should include, as well as how they should be implemented.

”Industry must get involved and take a visible, pro-active role in climate issues that will be at the top of the international agenda in the years ahead,” notes Christian Berg, CEO of Hafslund ASA. ”We have opted for involvement and wish to be a driving force in efforts to ensure that industrial and technological considerations are an integral part of further climate negotiations.”

The co-organisers are convinced progress in the fields of technology and finance will be essential to reach agreement on emissions reductions and to resolve the contradiction between industrialised country responsibility for climate problems and the increasingly urgent need to limit and even reduce the emissions of emerging economies.

The co-organisers:
The three co-organisers each bring a different perspective on climate change: the Club of Madrid as a network of former heads of state and government from all over the world, the Bellona Foundation as a solutions-oriented environmental organization and Hafslund ASA as an energy company deeply commit­ted to the development of renewable energy.

The Club of Madrid is an independent organization dedicated to strengthening democracy around the world by drawing on the unique experience and resources of its Members – 70 democratic former heads of state and government. In partnership with other organizations and governments that share its democracy-promotion goals, the Club of Madrid provides peer to peer counsel, strategic support and technical advice to leaders and institutions working towards democratic transition and consolidation. With offices in Madrid, Brussels and Washington DC, the Club of Madrid deliberates on major global issues affecting sustainable democratic development and identified climate change as one such issue. The organization also develops its Global Leadership for Climate Action (GLCA) Initiative, jointly with the United Nations Foundation, to mobilize political will for far-reaching, long-term action to prevent catastrophic climate change. (www.clubmadrid.org / www.globalclimateaction.com)

The Bellona Foundation was founded in 1986 as a direct-action protest group, but has become a recognised technologically-oriented, solutions-oriented organisation with offices in Oslo, Murmansk, St. Petersburg, Brussels and Washington D.C. Bellona seeks to find sustainable solutions to the world’s most pressing environmental problems. Climate change is an enormous challenge, one that requires a clear-cut body of laws and predictable framework conditions for industry and consumers. Bellona strives to build bridges between politicians and the business community by working closely with the latter to help them respond to environmental challenges in their fields, with particular emphasis on the development and commercialisation of new, more environmentally friendly technology (www.bellona.no / www.bellona.org).

Hafslund ASA is Norway’s largest net owner, largest distributor of electricity, and a major producer of renewable energy. Hafslund is also a key player in the security market for private customers, as well as one of the biggest owners of the solar energy company REC. Renewable energy and enhanced energy efficiency are key elements in the quest for a resolution to the challenges of climate change, and Hafslund has been producing electricity from environmentally friendly hydropower for more than a century. Now the company is heavily committed to the development of bioenergy, distance heating and solar energy in order to meet the energy needs of the future (www.hafslund.no / www.hafslund.com).