Norwegian Foreign Ministry officials, who have been seeking an explanation from Moscow for the February expulsion of a Norwegian military advisor, will not confirm reports that Russia denied the advisor entrance to the country on the grounds of espionage suspicions. 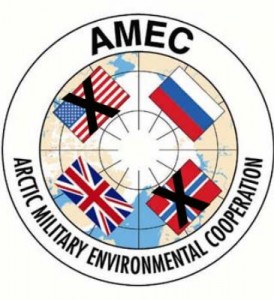 The Foreign Ministry told Bellona Web that it would not make public the content of its on-going correspondence with Russian authorities over the expulsion of Norwegian military advisor Ingjerd Kroken,

But ministry sources have said repeatedly that the reasons offered by Moscow for denying Kroken entrance to Russian on February 7th are unsatisfactory and confusing.

Norway’s TV 2 reported on Tuesday that Kroken – Norway’s cp-chair to the Arctic Military Environmental Cooperation (AMEC) programme – was denied entry to Russia on the suspicion that she was conduction espionage activities and collecting information on Russian nuclear military submarines.

The television report said correspondence between Russia and Norway cited two instances in which Kroken had allegedly tried to procure Russian military information, accusing her of systematically gathering data on the Russian Northern Submarine Fleet’s capabilities and attempting to trespass on secret military territory.

At the time of her quick turn around by Russian officials in February, Kroken told Bellona Web that she was given no reason about why she was blocked from entering the country and said Russian officials had declared her persona non grata. She also said that all of her travel documents and visas were up to date.

Foreign Ministry says explanation unsatisfactory
Kaja Haldorsen, spokeswoman for the Norwegian Foreign Ministry, which has been attempting to iron out the issue with the Russian Ministry of Foreign Affairs, said Wednesday that she could not comment on the specific contents of the correspondence between the two government bodies.

“We have received general information about the Russian reasons for not letting (Kroken) in,” said Haldorsen in an interview with Bellona Web.

She said that the Russian explanation was “unsatisfactory.”

“We can’t see why they won’t let her back in,” Haldorsen said, and added that the Foreign Ministry had contacted the Russians with a request that they reverse their decision. So far, Foreign Ministry officials have received no response, she said.

Haldorsen emphasised that the supposed communication that exploded on TV2 Tuesday was not a message that was received yesterday, and that she could only pin-point the last correspondence with Russian authorities as “recent” and part of a long on-going dialogue.

The Norwegian national daily Aftenposten quoted a number of anonymous sources within the Foreign Ministry who called the reasons for rejecting Kroken “unintelligible.”

A spokesman for the Russian Ministry of Foreign Affairs reached by telephone Wednesday told Bellona Web that: “We have nothing to say and are not authorised to discuss the matter.”

He then clicked off without elaborating, and further attempted calls went unanswered.

Kroken not allowed to discuss the case
Kroken, who is under a gag-order from discussing the specifics of the incident with the media, told Bellona Web Wednesday: “I have no comment to these accusations and the matter is being handled by the Ministry of Foreign Affairs press and information centre.”

On February 7th, Kroken flew to Moscow to attend a meeting of AMEC officials to discuss, among other things, the disposition of an outstanding Norwegian grant of 60m kr ($10m) to the programme.

She told Bellona Web at the time that she had been taken aside and held for several hours while Russian customs officials consulted on what to do with her, and eventually put her on a flight out of Russia to Copenhagen.

The Norwegian Foreign Ministry demanded an immediate explanation, and received word from Russia’s Ministry of Foreign Affairs only that she had been turned away because the appropriate officials had not been notified of her arrival.

The correspondence between the Norwegian and Russian government agencies has now seemingly ballooned into a confusion miasma of reasons for blocking Kroken’s entrance to the country that may include suspicions of espionage.

AMEC and its future
AMEC, which included Norway, the United States, Great Britain and Russia, is a cooperative effort for securing nuclear hazards that come of nuclear dismantlement projects conducted by the US Cooperative Threat Reduction programme and other internationally funded nuclear remediation programmes in Russia.

Formed in 1996, AMEC was a military to military operation that put the defense establishments of all countries involved into dialogue with one another on how best to dispose of nuclear waste arising from Russia’s nuclear demilitarization.

Norway itself has spent more than $200m in nuclear clean up efforts, including the scrapping of submarines, in Northwest Russia since 1993.

Nonetheless, AMEC operations were a constant headache of bureaucracy and rows over access to Russian nuclear and military sites.

Last year, the United States and Norway withdrew their standing as full members of AMEC over disagreements with the United Kingdom, which joined the organisation in 2003 with a raft of proposals that included involving private industry in dismantlement projects.