Vis menyen
Bellona.org > Latest News > Ukategorisert > Are thorium reactors the solution? Coal and renewable energy are the road for now

Are thorium reactors the solution? Coal and renewable energy are the road for now

Lately the debate over whether Norway should develop nuclear reactors based on thorium is growing in intensity. Since Norway sits on the worlds third largest resource of thorium, the Progress party argues that this could be an important future source of income, and that it would be a more secure card for Norway to bet on then carbon capture. 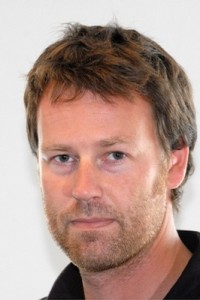 This raises some questions. The most important question is to what extent thorium reactors are a responsible and sensible solution for the global climate challenge and defense policy questions. Another question is whether the radioactive element thorium has a potential for profitable industrial development in Norway.Let us analyze the latter question first:

According to the US Geological Survey, Norway has a thorium resource of 170,000 tonnes or about 15 percent of the worlds total resources of 1,200,000 tonnes. This means that Norway is sitting on the third largest thorium resource in the world, which again is the basis for Norwegian interest in thorium reactors.

Professor Egil Lillestøl at the University of Bergen has been speaking out on how Norway has to take the initiative for financing, planning and building a prototype of an accelerator driven thorium reactor. This type of reactor uses a particle accelerator to transform thorium to uranium, which is used as fuel in the reactor. The total cost for this type of a project is at least EUR 500 m.

The advantage of this type of a reactor is that it is easier to stop if anything goes wrong, and it produces less long-lived waste than today’s traditional uranium reactors. However, there is a wide range of unsolved technical challenges connected to this type of a reactor, which, to date, exists only in the planning stage.

At this point there are no accelerators that are powerful enough for use in these types of thorium reactors. Some of the proposals for reactors are based on the use of melted lead as a cooling agent, which is highly corrosive. Today there are no technical solutions to prevent corrosion at 700 Celsius, which is required by this kind of a reactor.

A number of countries have invested large economical resources in traditional uranium reactors, and will use these reactors as long as possible. There is today a large amount of cheap uranium available on the world market, and the nuclear industry estimates that there is at least enough uranium to last until 2040. Prior to this time, there will be little interest from the large nuclear nations to find a competitive nuclear technology.

If Norway is going to contribute to the development of new thorium reactors, we are dependent upon the research and the development happening internationally as we do not possess that type of competence and technology. This is something that the thorium advocates in Norway understand too. If the Progressive Party’s proposal to grant funds for research on thorium reactors is accepted, we will be in a situation where Norwegian tax money contributes to subsidizing the international nuclear industry.

Bellona therefore has little belief that thorium will be a profitable industry for Norway. In relation to this, it is interesting to note that the otherwise nuclear-friendly Institute for Energy Technology (IFE) has shown a rather lukewarm interest in thorium reactors.

Then to the question as to whether thorium reactors are anything the world needs: Climate change is the biggest challenge confronting the world community. Fossil energy is responsible for more than 90 percent of the worlds energy use, and consumption is increasing. At the same time we know that greenhouse gas emissions have to be reduced by 50 –80 percent within the next 50 years. The world’s coal-fuelled power plants need therefore either to be cleaned or replaced with something else, and nuclear power plants without CO2 emissions can, under these conditions, appear tempting. Bellona does not think so.

The challenge concerning nuclear waste, which is dangerous for future generations for an unforeseeable amount of time, remains unsolved. The likelihood for accidents is not big, but the consequences for health and environment are very big when they first happen. Both the risk and the time perspective raise ethical questions that nuclear power supporters have not answered.

There are a number of unsolved proliferation questions with more than a few of the thorium reactors that are now presently on the drawing board, particularly connected to the accelerator, which can relatively easily be used for the generation of weapons-grade plutonium from natural uranium, and which is found available in large quantities. This is technology we do not wish to end up in the wrong hands.

To reduce greenhouse gas emissions by 50 to 80 percent globally, we need technology that is globally pertinent. We register that the development of nuclear power in countries with other political regimes than ours raise significant challenges to defense policy. To solve the climate problem, we need solutions that are applicable in all countries. Renewable energy, energy efficiency and CO2 management for the use of fossil energy are such solutions.

According to Professor Lillestøl the first prototype of thorium reactor will first be available in about 20 years. And only then can we begin to talk about large-scale implementation. With the climate situation the world is confronted with today, we do not have time to wait – it is urgent! Prototypes for CCS (Carbon Capture & Storage) are about to be built now, and full-scale implementation of CCS will be a reality long before the first prototypes for thorium reactors are in place.

If Norway is to contribute to solving the world’s climate challenges, it is important that we invest in what we are good at. Through our experience from the metallurgical industry and our access to clean power, we can play a role in the development of solar technology. Through our experience in oil and gas, we now take the leading role in the production of clean power from fossil energy resources. Coal is the world’s fastest growing source of energy, and the known reserves of coal are large and will last for some centuries with the current use. The road to cleaner energy is therefore through coal and renewable energy.