To our deep regret, the format of our publication does not afford us a swift response to all events taking place in the country. This is why we have to offer our readers our ruminations on these events only after they have been commented on by everyone with an opinion to share. However, as experience continues to show, there are more and more of those in our country whose opinion comes down to whitewashing the authorities actions even when not only erroneous judgment, but simply an outrageous, truly criminal nature is revealed in them. How come? Is that the cowardice of journalists and political analysts? Of course. The sheepish inertness of our society? Certainly. The habit of depending on blind luck, as in Well, both fingers crossed, itll just blow over? Most likely. 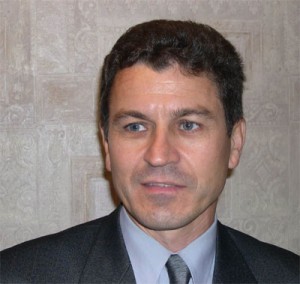 But the problem is, it wont just blow over! If we all are nothing but a mute crowd of extras, silent bystanders at the disposal of the authorities unconscionable policies, then sooner or later, that terrorist bomb will blow up us or our loved ones.


(Somebody once said to me: So, how does ecology figure into all this? Well it does, in that the attitude to its problems is exactly the same as to our domestic and international policies: Neglect. If we dont die in a terrorist suicide blast, well simply go extinct at the hands of the authorities, through their inaction toward the preservation of our habitat. According to statistics provided by the well-known environmental scientist, academician Alexei Yablokov, around 300,000 people die in Russia every year from environmentally unfavorable situations or conditions alone. Just try to imagine this figure!)


Soon after the tragedy in Beslan happened, I had the chance to visit Norway. Watching television there, I had the impression that there were only three problems in the world: Russia with its Chechnya, America with its Iraq, and hurricane Ivan somewhere in the Caribbean.


The Russian events, I felt, made the Norwegians regard Russians with a certain apprehension, as if saying: Who knows what to expect from these unpredictable people? At the same time, an international writers congress that was taking place in Troms? during my visit there adopted a resolution in which the writers called on Russian President Vladimir Putin to start a political dialog with representatives of the Chechen people. Obviously, Putin hardly has the intention to lend his ear to some writers. Or to pay heed to any common sense at all Indeed, the very first reaction Putin demonstrated toward the Beslan crisis confirmed what many of us feared: The current Russian leadership has taken the country on steady course back to the past, to a dictatorship; it has taken the exit off the road of democratic development. So the Norwegians misgivings may very well be not unfounded.


And what about the citizens of Russia? After my speech at an environmental conference, also in Troms?, a Russian student from the local university approached me. She said that she did not agree with my opinion about the authoritarian ways of Putin and his FSBthat is, KGBring, that the Russian people themselves are lazy and wimpy, and that we have to love our president because he is a good one. A few more minutes into our conversation, it turned out that this young woman gets her news only from the state-owned Rossiiskaya Gazeta newspaper and the Mayak radio station. As for Putins intentions to perform what essentially would be a constitutional takeover, she has heard nothing of it.


In my two weeks in Norway, I did not once see in televised news the prime minister or the king, or secret service agents, or even the police. Of course, all of them must be somewhere there in the country, doing something. Maybe it is exactly because what they do they are doing well that they arent seen so often. As for our very own Putins, Ustinovs, Nurgalievs and Patrushevs , those faces are broadcast from every channel on every television screen in every household in the countryevery day. And what good does it do? Nil. Zero. Maybe its because they are themselveszeros? Big round zeros. I will never sign off on the assertion that a people is worth its authorities. Not these authorities its not.


And I am not alone to think this way: There are also those who constitute the last remaining shard of civil society in Russiahuman rights advocates and environmentalists. The last standing mavericks who would not get press-ganged into Putins power vertical. The parliament, the courts, the executive bodies at all levels in all placesall of them are under the FSB and its henchman. But the NGOs are still kicking, despite the perpetual attacks on them from all sides, including from the president himself. It is clear as day that after appointing the governors, Putin will put his best effort into strangling what can stillthough not for longbe called part of Russias civil society.


Of course, this is nothing that human rights defenders or environmentalists (and certain journalists, too) have to become used to. (In the words of famous Polish satirist Jerzy Lec, When despots return to terror, we can sleep soundly again. This is not a sly trick at all.) Of course, we will try to survive. And try to do something so that the country does not roll downhill into the abyss of the pastbeen there, done that.


There are already some results of these attempts. On September 20, 2004, the Russian Ministry of Justice issued a registration for the organizational committee of a new political party: the All-Russian Green Party. One of the members of this partys organizational committee is Yablokov, president of the Center for Russian Environmental Policy. Our editorial staff congratulates environmentalists with this event. In our next issues we will be discussing how we canif we caninfluence the executive power so that it follows the law, or even if such an influence is possible at all on the part of one party.