Its been 10 years since the Bellona-Murmansk office was established— 10 intense years characterized by repressive resistance from the former KGB, Russian security police raids, confiscated equipment and arrests. Still, the focus has always remained squarely on the environmental struggle.

The Bellona Murmansk office has always operated in high gear, and the challenges it has faced in the past ten years have not fazed its work at all. Its biggest battles have, no doubt, been the Nikitin trial, and drawing international attention to nuclear safety issues in Northwest Russia, says Bellona’s Igor Kudrik, who was one of the original staff members of the Murmansk office and is now editor-in-chief of Bellona Web’s Russian and English sites, published from Bellonas headquarters in Oslo.


Kudrik was, in the early 90s, a member of an environment group called For a Nuclear Free North, based in Murmansk. Through this organization he came in contact with Bellona, and when Bellona was on an expedition aboard the environment ship Genius, he met Fredric Hauge, the president of The Bellona Foundation, for the first time.


The establishment of Bellona’s Murmansk office coincided with the release of Bellonas report Sources of Radioactive Contamination in the Murmansk and Arkhangelsk Regions.


The report was co-written with For a Nuclear Free North. In January 1994, Kudrik translated the report into Russian and contacted journalist Sergey Filippov. He asked if Filippov would edit the report and Filippov agreed. At the time, Filippov was a radio reporter in Murmansk, but began working part-time at Bellona, a job that soon became full-time.


Kudrik translated the 161-page report rapidly, and with only three hours of sleep a night, he finished it in ten days. On March 1st 1994, the report was presented by Hauge, and Oslo-based Bellona researchers Thomas Nilsen and Nils Bøhmer—who co-authored the report from Bellonas side—in Murmansk. Later that spring the report was presented to high military and nuclear brass in Moscow.

During the autumn of that year, Bellona and the Murmansk Shipping Company—the state operator of the nuclear powered icebreaker fleet in Murmansk—arranged a conference onboard the nuclear icebreaker Sibir. One of the participants was the European Unions commissioner, Ioannnis Paleokrassas.


A shocked Paleokrassas reported back to Brussels, and shortly after, appealed in strong terms to the European Parliament, asking that the European Commission undertake initiatives for environmental action on the Kola-peninsula, where Murmansk and the Russian Northern Nuclear Fleet are located.


One of the first projects the Murmansk office took on was the Lepse ship, a former nuclear service ship that is currently being used as a floating radioactive waste storage facility for damaged nuclear fuel rods and radioactive waste in Murmansk harbor.


In September of 1994, Bellona researchers traveled to Siberia. They visited nuclear storage facilities in the closed town of Zhelenogorsk, known in Soviet times as Krasnoyarsk-26. In Tomsk they visited and photographed nuclear installations surrounded by dilapidated fences. As the Russian president had just announced that all the nuclear factories were secure, the photos were proof that such was not the case and raised a major political and media scandal. The results of the Siberian trip were writings and photos documenting the frightfully dilapidated conditions at the nuclear installations in the area.


Toward the end of 1994, Bellona made the acquaintance of Alexander Nikitin, a former naval captain first class and an ex-nuclear safety inspector with the Russian Ministry of Defense. Within the next year, harassment of Bellona employees by the Federal Security Service, or FSB—the KGBs successor—raids, questionings and arrests would begin. 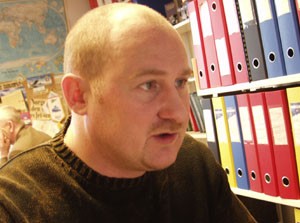 On October 5th 1995, Sergey Filippov was taken off a plane to Oslo at St Petersburgs Pulkovo airport by agents of the FSB. He was on his way to Norway to finalize the registration of the Bellona-Murmansk office as a legal entity. In his possession, he had floppy discs containing information about radioactive contamination on the Kola-peninsula. Filippov was brought to the local FSB headquarters, were he was interrogated and the discs were confiscated.


After hours of speaking with the FSB agents, he was released and told that he may be contacted again regarding a case against the Bellona Foundation. He was given no further information or explanation about why he had been detained, questioned or why the discs had been confiscated.


On his way out of FSB headquarters—known to St. Petersburg locals as The Big House—he ran into Nikitin, who was being brought in for questioning. In February of 1996, Nikitin would be called in again for interrogation only to be informed he would not be leaving building. He was arrested, jailed without charges and denied access to a lawyer for months. When the charges did come six months later, he stood accused of treason and espionage. For 11 months he sat in a cell until his lawyers convinced the St. Petersburg City Court to release him on the signed condition that he not leave the city.


This marked the beginning of the Nikitin case, which ran through the meat-grinder of the Russian legal system until Nikitin was fully acquitted by the Russian Supreme Court on April 17th 2000.


But the case is closed only as far as the Russian court system is concerned. Nikitin has a complaint detailing the illegalities perpetrated by prosecutors and the FSB during his case pending before the European Court on Human Rights in Strasbourg. The case will likely be heard in the new year.


In October 1995, one day after Filippov and Nikitin were interrogated, nine FSB agents raided the Bellona Murmansk office, grinding all of its activities to a halt. Computers, fax machines and other equipment were confiscated. Bellona employees had their apartments turned upside down by FSB agents, and the Bellona-Murmansk staff was hauled in for questioning. The whole fuss ended in nothing: The FSB couldnt find anything illegal. It would take years before the confiscated equipment was finally returned.


Eye-opener for the European Parliamentarians

An important result of Bellonas focus on nuclear activities in Northwest Russia has been the establishment of the Inter-Parliamentary Working Group, or IPWG, which unites representatives from European Parliament with their counterparts in the Russian State Duma for the purpose of addressing pressing environmental issues.


Bellona was assigned the role of the IPWGs official secretariat. The parliamentarians group has, since its founding, been successfully resolving nuclear safety cooperation problems between Russia and Europe that require political solutions. 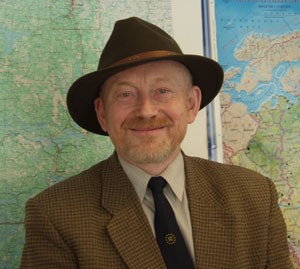 Planning the opening of Bellona-Murmansk took two years. When it opened on March 1st 1994, in a rented space in Murmansks House of Radio Workers, it was outfitted with second hand furniture brought in from Kirkeness, Norway’s border town with Russia. But true to Bellonas technological spirit, Bellona-Murmansk was one of the first organizations in Murmansk to own a cell phone. Currently, the office is moving and will be located in Bellona-owned property in the center of Murmansk.


Bellona-Murmansk has two full time employees, Sergei Zhavoronkin and Anna Kireyeva. The office also has many part-time employees, such as nuclear engineer Andrey Zolotkov, who in the early 1990s revealed to the world information about nuclear icebreaker and Russian naval radioactive waste dumping practices in Arctic seas. Filippov, who finally managed to scale back his long hours, is also part-time. Other experts also participaate in Bellona-Murmansk’s work as needed.


Future goals and challenges for Bellona-Murmansk include reckoning with the burgeoning oil industry in the area, and the promotion of wind power, says Zhavoronkin, director of Bellona-Murmansk. He was quick to add, however, that nuclear safety projects, such as the Lepse project and monitoring nuclear submarine decommissioning will be the offices major priority.