Despite Norway’s reputation for being the hungriest consumer of electric cars in Europe, the infrastructure for charging them has been sluggish to appear in the country’s northern regions, especially in Finnmark County.

Despite Norway’s reputation for being the hungriest consumer of electric cars in Europe, the infrastructure for charging them has been sluggish to appear in the country’s northern regions, especially in Finnmark County.

Things got so bad, in fact, that last March, Finn Helge Lund, a frustrated Tesla-driving resident of Kirkenes – the tiny northern town on the country’s border with Russia ­– shelled out nearly $3000 of his own money to install a public charging station himself.

The move was meant to shame Varanger Kraft, the Finnmark-based municipal power company, into taking up the e-car charging slack. The local mayor, Rune Rafaelsen – himself in the market for an electric car if only there was somewhere to charge it – was growing frustrated.

And just last week, Roger Syversen, an electric car owner from Oslo who’s driven his Tesla through 30 countries, told Bellona that Murmansk, Russia – with its single electric car charging station – offered better accommodations for his car than the charging infrastructure in neighboring Northern Norway did.

For its part, Bellona has spearheaded an initiative with officials in Murmansk to beef up the charging infrastructure along highways leading into Russia out of Northern Scandinavia. But we, too, have noted that improved charging opportunities on the Russian side don’t do much good if e-car drivers in Norway have to push their cars across the border. 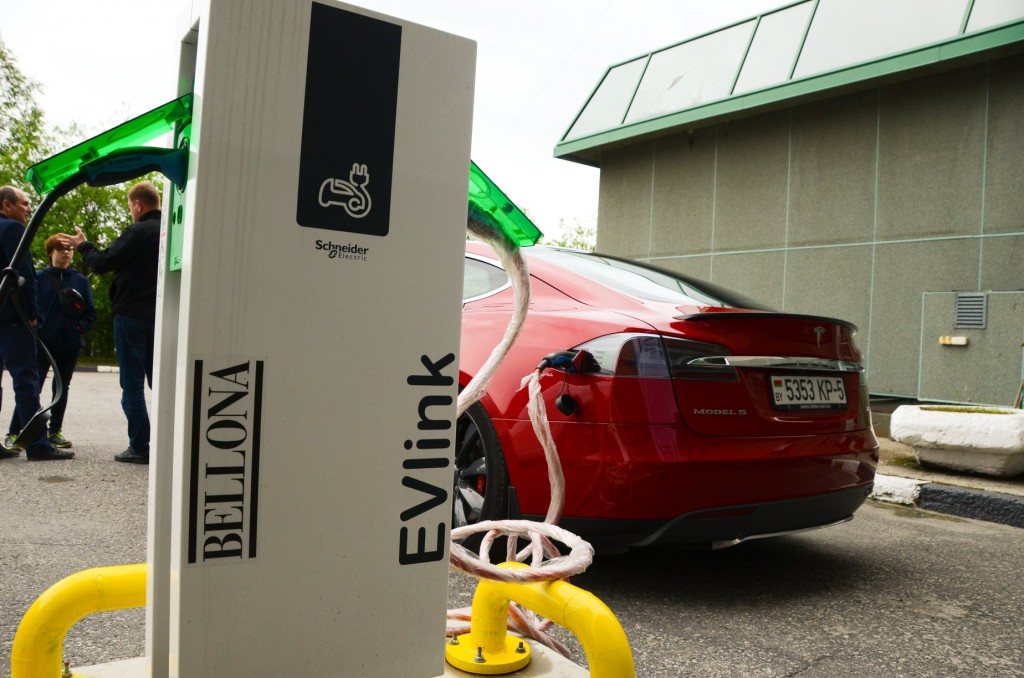 Indeed, in a country where electric and hybrid car sales account for more than half of all vehicles sold – and where public policy makes the preference for emissions-free automobiles nearly a matter of law – the situation for Finnmark was getting a little embarrassing.

Well it seems the complaints are finally paying off.

On Monday, Varanger Kraft announced it would start a charge station pilot project in Kirkenes so e-car drivers there can finally charge up at high-speeds.

“For us it will be a pilot project, but we can say that it’s time for fast charging stations in Finnmark,” he said. “I personally promised this to Mayor Rune Rafaelsen, who has already addressed us on this matter several times.”

According to the paper, the charger will be centrally located near the Kirkenes police station, and will take between 20 and 30 minutes to fully charge up a car.

The Varanger Kraft station will offer a welcome change of pace. Until Lund built his personally-funded charger in March, the only place Kirkenes’s 20 or so electric car owners could fuel up was at home by running extension cables out their windows. 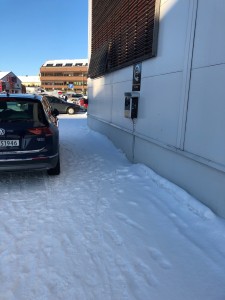 But that method – as well as that offered by Lund’s station – were sluggish, requiring hours to pump up car batteries to full capacity.

The one catch is that the new charger, unlike the do-it-yourself options Kirkenes has adopted up to now, will cost money to use.

Still, even collecting fees, Skansen concedes the company will lose money running the charger. But he says that the motive for installing it is higher than profit.

In his remarks to Sør-Varanger Avis, Skansen noted that the only way emissions-free electric cars will continue to catch on is if people know they can fuel them up with volts.

“We are sure that infrastructure should come first,” he said. “Without doubt electric vehicles will be in great demand in the future. This is consistent with our company’s strategy for sustainable development. As far as profitability – we’ll figure it out later.”

Skansen said Varanger Kraft will next build a high speed charger in Vadsø in Northern Finnmark County after the Kirkenes pilot project kicks off.

And while Finnmark County may still be a ways from offering the kind of charging luxury towns like Oslo, and even the northern villages of Finland can offer, Varanger Kraft’s move is clearly a response to grassroots pressure for more environmentally conscious transport.

This pressure is only building. In Russia this summer, electric car owners took part in a Bellona rally, driving their cars north to Murmansk to highlight the need for more charging stations.

As a result, electric car charging stations are marching toward northern Norway from the east. The Murmansk government has announced it will build two other charge stations in Russian border towns. These will add to the charger Bellona already donated to the Park Inn Hotel in Murmansk.