While the EU is slowly undertaking first legislative steps towards decarbonisation of heavy duty transport, the progress is already well underway in Norway.

Published on January 19, 2018 by Bellona Europa 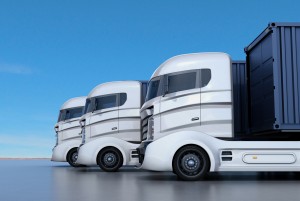 While the EU is slowly undertaking first legislative steps towards decarbonisation of heavy duty transport, the progress is already well underway in Norway.

Norway enjoys the world’s largest penetration of electric vehicles (EVs) per capita in the world. Last year, pure battery EVs accounted for 20.9% of all new vehicles sold in the whole of Norway, including Arctic areas. Moreover, 52% when including hybrids.

The technology is improving rapidly. Tesla’s new semi-trailer has 800 km battery range and 640 km range only after 30 minutes of fast charging, and will be available on the market in maximum two years. These features enable the electric truck to fully meet drivers’ needs and can revolutionize traditional heavy duty transport. Moreover, many urban duty vehicles drive shorter distances on average and are especially fit for electrification.

Norwegian post service, Posten and Bring, have jointly reduced greenhouse gas emissions by 40% since 2009, largely thanks to investment in a large electric vehicle fleets. Now, the Tesla electric semi-trailer is gaining attention among these.[1].

Food delivery company Asko is also procuring 10 electric semi-trailers. The company was the first to procure a fully electric truck, which has already been in use for two years[2].

Another company, Stena Recycling, is procuring two electric trucks, the first of this size, above 5 tonnes. The trucks will circulate between the cities of Oslo and Moss, and drive 260 000 km per year. This is equivalent to 320 tonnes of CO2 per year, or approximately 200 flights between Norway and Thailand per year – if driven with conventional fossil fuels[3]. Put in this perspective, there are enormous potential for cutting emissions in this sector by going electric.

Truck manufacturing companies like Scania, Volvo, MAN and BYD have all announced plans to deliver electric and hybrid trucks to the market within the upcoming two to three years. Until recently, availability of electric trucks has been extremely limited. Now, lowered costs, better performance and less charging time makes such vehicles significantly more interesting. 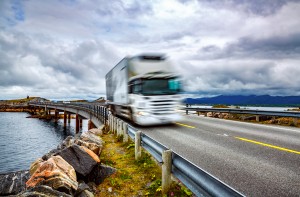 The still missing, yet crucial piece of the puzzle is the policy framework. While Norwegian companies can apply for support from state-owned program Enova, it is especially important for policies to be in place to make the environmental solutions profitable. One third of Norway’s greenhouse gas emissions originate from the transport sector and investing in its electrification will be highly beneficial in the longer term.

Last year in Norway, Enova launched a support scheme aimed at the professional market[4]. The scheme gives companies that choose battery-powered or hydrogen-powered trucks and vans the opportunity to cover parts of the additional cost of the vehicle.

But what can be done in countries which cannot afford such investments?

The EU has lagged behind countries like China, Japan, the US and Canada which already have already enacted fuel economy standards for heavy duty vehicles. Last year, the EU Commission announced first steps towards curbing CO2 emissions from this sector.

The proposals include a tool for the monitoring and reporting of CO2 emissions and fuel consumption of new heavy-duty vehicles, as well as development of Vehicle Energy Consumption Calculation Tool (VECTO) to measure CO2 emissions from new trucks above 7.5 tonnes.

The ongoing revision of the so-called Eurovignette directive, the EU electronic toll legislation, also holds promise in internalising the sector’s heavy carbon footprint.  And last but not least, a legislative proposal for CO2 standards for heavy duty vehicles is expected in the first half of this year. Such standards are key to accelerating the transition to electric road freight.

Clearly, there is an urgent need to tackle the freight sector’s ever-worsening carbon footprint and it yet remains to be seen whether EU policies will be in time and ambitious enough to enable compliance with Paris goals.