From vision to reality: Norway to fly fully electric by 2040

It may sound like something out of a science fiction movie, however, Norway’s newly announced pledge to electrify all planes in the next 20 years, shows that powering planes on batteries is no longer a mere vision, but reality. Emissions from aviation are increasing worldwide alongside passengers’ appetite for cheaper and faster journeys, making aviation one of the fastest growing sources of climate-warming greenhouse gas (GHG) emissions.

Published on January 22, 2018 by Bellona Europa 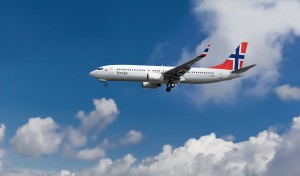 It may sound like something out of a science fiction movie, however, Norway’s newly announced pledge to electrify all planes in the next 20 years, shows that powering planes on batteries is no longer a mere vision, but reality. Emissions from aviation are increasing worldwide alongside passengers’ appetite for cheaper and faster journeys, making aviation one of the fastest growing sources of climate-warming greenhouse gas (GHG) emissions.

Meanwhile, thanks to technological advancement in terms of battery price and performance, electrification is rapidly becoming an accessible option for the heavier transport modes, such as aviation.

A pioneer in electric transport

Despite being the largest oil and gas producer in Western Europe, Norway has global leadership in electric transport, which has over the years expanded beyond light duty vehicles, to include maritime transport, heavy duty vehicles and now even aviation.

Avinor, the Norwegian airport operator and air navigation service provider is leading in making Norwegian airports, as well as domestic flights better for the climate, and Avinor director Dag Falk-Petersen promises that this is only the beginning.

For example, Svalbard airport is today already operated partly by solar power, while at Oslo airport winter snow is stored in order to cool buildings down in the summer, making it a climate-neutral airport.

Due to Norwegian topography and physical barriers like fjords and mountains, there are many small airports scattered around, often within short distances. Flying has become the preferred mode of transport for many Norwegians, and the most efficient way to reach remote places. This is of course taking its toll on the climate.

“Many of our airports are less than 130 km away from each other”, explains Avinor advisor Olav Mosvold Larsen. For example, from Bodø airport in Northern Norway, there is only 100 km to four other Avinor airports. Technically, this small network could already operate on today’s technology, and could be replicated along the entire Norwegian coast.

Avinor is now looking into electrifying all local flights in Norway and has a strong ambition of making all the planes electric by 2040. Dag Falk-Petersen believes that all flights lasting up to 1.5 hours can operate with pure battery electric aircrafts, which would cover all domestic flights and those to neighbouring Scandinavian capitals. 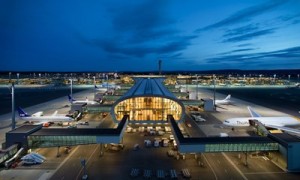 Falk-Petersen also believes that Norway has the potential to be the first country with a significant market share of electric planes. Moreover, the network of small, nearby airports and few passengers are perfect for the first battery electric and hybrid planes on the market.

“Another crucial advantage is the political will, with support coming from the state and government for electrification of the entire transport sector”, says Falk-Petersen.

According to Avinor, electric aircrafts will have much lower operation costs than today’s conventionally-fueled aircrafts, due to fuel savings. What is more, electric flights will offer significant reductions in noise levels, which in turn is particularly beneficial for safeguarding the serenity of remote, wildlife-inhabited areas.

Currently there is no infrastructure for electric aircrafts in Norway, so this will have to be developed.

Alpha Electro G2 is the first electric two-seat plane to be produced on a commercial basis. It has a range of 130 km and can fly one hour per charge. According to the contract, the plane will be delivered to Avinor in May this year, mainly for demonstration purposes.

Avinor plans to launch a tender to test a commercial route flown with a small electric plane of 19 seats, starting in 2025.

However, before reaching that point, Avinor would need to use intermediary technologies, such as advanced biofuels and hybrid fuel-electric solutions. These are also important for long-haul routes.

When it comes to intermediary technologies, Bellona has looked into the potential of advanced biofuels derived from marine biomass (notably seaweed), which promises a more sustainable solution than conventional land-based biofuels.