Last month’s European Strategy for Low-Emission Mobility highlighted the central role of electro-mobility in transitioning to a low-emission, sustainable transport sector and put forward promising proposals for the decarbonisation of freight. While strongly welcoming these, Bellona wants to see decarbonisation of heavy duty vehicles going hand in hand with electrification. On a positive note, the traditionally conservative truck industry appears to be slowly coming to terms with the ‘inevitable’ transition to electrification.

Published on August 9, 2016 by Bellona Europa 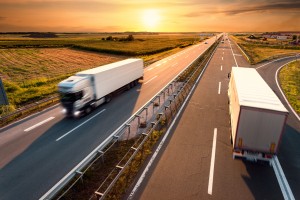 The Strategy for Low-Emission Mobility offered good news for tackling Europe’s ever growing emissions from freight transport, by stating the Commission’s intention of accelerating analytical work on design options for standards for heavy duty vehicles and announcing an upcoming public consultation to lead up to the legislative proposal.

CO2 emissions stemming from road freight are the fastest growing segment of land transport emissions both in the EU and globally. While in the EU trucks only make up less than 5% of all road vehicles, they are responsible for 25% of total CO2 emissions. Tackling these will therefore be key for meeting the EU’s climate objectives.

Unlike the US, China and Japan, Europe has had no fuel efficiency standards for trucks, which has resulted in limited innovation and a stable carbon footprint of trucks over the past two decades.

The Transport Strategy’s proposals offer hope of breaking this trend. The enforcement at EU level of fuel-efficiency standards for trucks will provide the well overdue impetus for investments in decarbonising and electrifying the freight industry.

Encouraging developments to tackle freight emissions are also observed on the other side of the Atlantic. The Californian Air Resources Board (CARB) last month adopted its Sustainable Freight Action Plan which calls for the deployment of more than 100,000 trucks and other freight transporting equipment capable of zero-emission operation by 2030. Meeting this target will require the large scale rollout of electric trucks.

What Bellona wants to see now is the recognition that decarbonising the truck industry should go hand in hand with electrification.

Electrification was given a prominent role in the Commission Low-Emission Mobility strategy, for its huge potential in tackling emissions of CO2 and air pollutants, reducing Europe’s dependency on imported oil and creating jobs. Trucks should by no means be exempted from the transition to electrification.

Bellona has long been of the opinion that we should strive to go beyond hybrid and ‘clean diesel’ to fully electric transport, with heavy duty vehicles by no means being an exception. The recent Dieselgate scandal only serves to reinforce the importance of doing this. In line with its work philosophy – “Seeing is believing” Bellona recently launched a battery company which will supply batteries for heavy duty vehicles and boats.

On a positive note, the truck industry appears to be waking up to this new reality. Just last month Mercedes-Benz and Daimler Trucks launched a prototype ‘Urban eTruck’, a heavy-duty pure-battery-electric truck for urban deliveries. The truck is said to have a range of 200 kilometers, in other words the range deemed sufficient for the typical daily delivery tour. These are expected to go into production in the early 2020s.

Other major companies including Tesla, the Mack division of Volvo Trucks and BYD have also announced plans of developing electric heavy duty vehicles. While further improvement with regards to battery capacity and costs is needed to render e-trucks truly viable, the commitment of major freight industry actors to electrification is crucial for accelerating the large-scale deployment of the technology.