2016 is set to be a busy year for the European Union, with a number of legislative processes currently underway on the climate and energy arena. Transport sector decarbonisation, in particular, will feature high on the agenda, with an upcoming Commission Communication on the Decarbonisation of Transport, as well as Member States currently preparing for the implementation of the EU’s Alternative Fuels Infrastructure Directive.

Published on March 7, 2016 by Bellona Europa 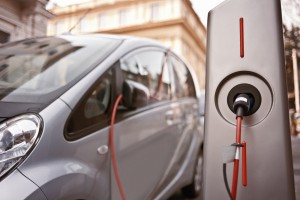 2015 put the transport sector in the spotlight, by unmasking the commonplace nature of car makers’ fraudulent emissions testing practices and by bringing an increasing number of actors in agreement over the need to transition to electric transport.

Thankfully 2016 looks promising for building on this momentum, with a number of upcoming opportunities to highlight and accelerate the wider uptake of electric vehicles (EVs). In the second quarter of 2016, for instance, the European Commission is expected to present a proposal for a post-2020 Effort Sharing Decision (ESD), which will be accompanied by a Communication on the Decarbonisation of Transport.

Furthermore, 2016 will be an important year in terms of Member States’ preparatory process for the implementation of the Alternative Fuels Infrastructure (AFI) Directive. In fact, by November, Member States will have to have submitted their national policy frameworks, outlining how they plan to go about the directive’s transposition.

What the AFI directive aims at

Rendering EVs a true substitute to internal combustion engine cars depends on ensuring smooth inter-urban and international EV mobility. In countries like Norway, this has already become a reality. Thanks to a concerted effort by the government to build out a nation-wide EV infrastructure, it is now possible to drive an EV from the South of Norway to the Russian border – a distance equivalent to driving from Oslo to Rome. With the aim of establishing an interoperable EV charging infrastructure, the AFI Directive mandates the building-up of sufficient number of stations and sets EU-wide harmonised standards for charging infrastructure plugs as well as for user information requirements.

While the AFI Directive aims at taking us in the right direction, it contains ambiguous wording, which, depending on the interpretation of the Member State in mind, could result in different implementation approaches being taken. In particular, the directive does not make a clear whether the mandated charging plug standards apply to both private and publicly accessible infrastructure.

In other words, the vaguely worded definition of “publicly accessible” could result in the directive being interpreted to impose the same technical specifications for every new-built recharging point for EVs, irrespective of whether the infrastructure is private or publicly accessible.

“Despite its intention to address consumer anxieties and foster EV deployment, if implemented too narrowly, the AFI Directive could act to lock us into already-outdated standards and thus unintentionally retard EV deployment” comments Teodora Serafimova, Policy Adviser at Bellona Europa, in reference to the mismatch between technological innovation and standardisation processes in the EU.

An ‘open’ approach to achieving interoperability

Member States should aim at an open implementation of the directive. Failure to do so may result in the creation of undesirable barriers to private investors and thus act to hinder innovation and the development of more advanced and capable EV charging solutions. The need for this becomes ever more apparent given the current pace of technology development and a number of car makers already planning for the market introduction of more powerful chargers, more rapid charging, larger battery capacities and thus longer driving ranges. These technological advances are making electro-mobility more attractive and useful to European citizens.

Retaining this flexibility is particularly important when it comes to the build-out of fast-charging infrastructure for EVs. Fast-charging, which allows EVs to charge within minutes as opposed to hours, is crucial for rectifying the perception of EVs as constrained to the urban environment. A multi-charger solution approach to transposing the AFI directive, as observed in Norway, would make possible the co-existence of a number of different charging standards and allow for a natural market selection to take place, thereby encouraging further technological innovation.

In addition to charging plugs, Member States will have to ensure interoperability with regards to identification of charging points and payment solutions for electricity. Moreover, in order to ensure that the deployment of increasing numbers of EVs and charging points does not lead to grid disruptions, measures will need to be put in place to stimulate smart charging. Member States’ soon-to-be-submitted national plans, as part of the AFI directive’s implementation, as well as national urban mobility policies are good starting points for the inclusion of smart charging-conducive measures as well as for the clarification of the above-mentioned interpretation matters central to achieving interoperability.