An open letter has been sent to the European Parliament and the Council of the EU urging decision makers to reject the creation of additional demand for natural gas in transport in the Alternative Fuels Infrastructure Regulation (AFIR). 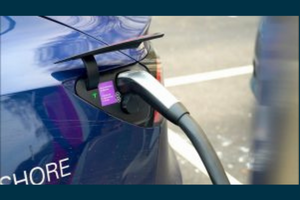 On 25 May, an open letter was sent to the European Parliament and Member States urging decision makers to reject the creation of additional gas demand in transport.

This followed after amendments were introduced to the European Commission’s proposal for an Alternative Fuel Infrastructure Regulation (AFIR) to include additional gas stations as part of the revision of the legislation.

Advocates for natural gas in transport have strengthened their calls to deepen our dependence on fossil gas imports and promote gas as a ‘clean’ solution for road transportation.

Signatories to the letter of objection believe the Russian invasion of Ukraine has demonstrated that our continued dependence on imports of fossil fuels is not just a threat to climate goals, but also a serious energy security vulnerability.

Why reducing our reliance on fossil fuels is vital:

We cannot make the transition to electric mobility more difficult by significantly increasing our consumption of natural gas. This would challenge both European energy security and climate commitments. We believe the solution lies in existing alternatives which are already available: electric trucks.