Europe can rid itself of vast amounts of urban pollution. Bellona-sponsored study shows that construction sites for buildings emit more than 400 000 tonnes of CO₂ per year in Norway alone, 99% of which can be cut. 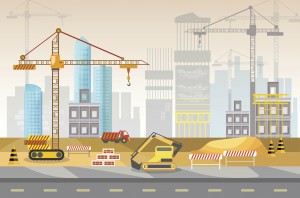 Europe can rid itself of vast amounts of urban pollution. Bellona-sponsored study shows that construction sites for buildings emit more than 400 000 tonnes of CO₂ per year in Norway alone, 99% of which can be cut.

Cutting CO₂ emissions from the transport sector is central to attaining the EU climate objectives. The most promising way to do so, is by electrifying as many vehicles and transport modes as possible. Full electrification is especially important in cities, which suffer from high levels of health-threatening air pollution, and where ‘range anxiety’ issues have been largely overcome. In this regard, it’s important to  have a holistic approach to electrification, by looking to not only passenger vehicles, but also public transport including buses and trains, urban duty vehicles,  and not least the machinery used in the construction and renovation of the constantly evolving built environment.

Construction sites are a central issue for future cities. They affect the local and working environment, and are a significant source of greenhouse gas emissions, as well as particulate matter, NOx and noise pollution, all of which affect human health.

In Norway, the EU’s northern neighbour, decarbonisation of construction sites has been high on the agenda over the last months, and a number of public builders are investing into and demanding emission-free construction sites. Norwegian municipal property company Omsorgsbygg, sets requirements that lead to emission reductions from construction sites in all its projects from 2017.

Last year, for example, in one of its construction sites in Tåsen outside of Oslo, three fully electric digging machines were deployed, which used locally sourced renewable energy. Their batteries have operating time between six and eight hours, depending on workload. That way, it is possible to work two shifts a day by changing the battery between shifts[1].

A recently published report exploring avenues towards emissions-free construction sites, commissioned by Bellona, Enova, industry associations Energi Norge (for the power sector) and Norsk Fjernvarme (for district heating), shows that 420 000 tons of CO₂ are being emitted from Norwegian construction sites for buildings annually. This corresponds to the emissions from all passenger cars and lighter vehicles in Oslo, in addition to 5,1 tons of NOx, making construction one of the key components in meeting Norwegian climate targets. While 25% of emissions in Oslo are from construction machines, the city alone has a target of reducing emissions by 50% by 2020, and becoming emission-free by 2030. 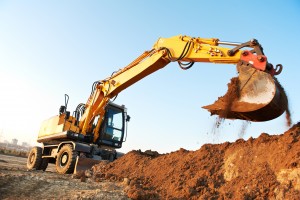 The report states that CO₂ emissions from construction sites can be reduced by an entire 99% and NOx emissions by 96%, with the use of renewable energy sources and better planning. Moreover, what seems to be very accessible is to lead district heating and electricity to the building site. A key issue for this to happen is better planning and more time in the early stages of the construction process. Another factor is reducing electricity taxes, to help overcome competition from duty-free diesel, or alternatively in introducing higher taxes for diesel[2].

Drawing from the Norwegian example, decarbonising the EU construction sector, necessitates a common development course and dialogue between public authorities that facilitate the right regulatory and financial framework, and market participants with hands-on expertise and solutions.

In Europe, Non Road Mobile Machinery (NRMM) is a major emission source which is often overlooked. In some cities, it is responsible for up to 30% of traffic pollution. Construction machines are in use many hours every day, any time of the year, and numbers show that NRMM is responsible for around 7% of particulate matter and 16% of NOx in Europe.[3] Emissions from these engines are now regulated by a new EU Regulation which applies as of 1 January 2017.[4] The NRMM Regulation is a step forwards in defining emission limits for different power ranges and applications. However, this is only incremental improvement, while a more radical shift is needed.

For the report in Norwegian, see here.