BRUSSELS – Last week, the Committee for Emission Measurements in the Automotive Sector (EMIS), founded after the infamous Volkswagen emissions scandal, has reached a conclusion. A 12-month long inquiry came to find that member states had not reacted to clues of fraud and had disregarded real-world conditions in emission testing practices. The resulting recommendations have called for enhanced European oversight, hinting at the establishment of an impartial EU body to surveil vehicle type approval.

Published on March 6, 2017 by Bellona Europa 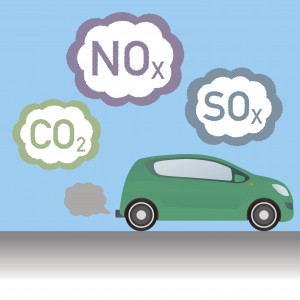 BRUSSELS – Last week, the Committee for Emission Measurements in the Automotive Sector (EMIS), founded after the infamous Volkswagen emissions scandal, has reached a conclusion. A 12-month long inquiry came to find that member states had not reacted to clues of fraud and had disregarded real-world conditions in emission testing practices. The resulting recommendations have called for enhanced European oversight, hinting at the establishment of an impartial EU body to surveil vehicle type approval.

A roadmap from EMIS

The EMIS committee’s final report asks for a more stringent set of emission measurement regulations, accompanied by a stronger EU oversight. The latter would be carried out through a dedicated EU Agency, which would ensure the compliance of car makers to the standards by overseeing vehicle approvals in member states. The expansion of EU powers proposed by the EMIS committee would be a welcome improvement for addressing the dubious practices of the automotive industry.

NO2 and fine particulate matter (PM2.5) are the two main air pollutants from road transport, and are associated with adverse cardiovascular, respiratory and other effects on mortality, morbidity and well-being. Heart disease and stroke are the most common reasons for premature death, and are responsible for 80% of cases of premature death; lung diseases and lung cancer follow. Moreover, latest studies by the European Environment Agency have identified poor air quality as the single largest environmental health hazard on the continent, resulting in a lower quality of life due to illnesses and an estimated of 467 000 premature deaths per year.

Not only would such a new level of EU scrutiny break the circle of the fraudulent modus operandi of both car makers and labs, but it would also enable the EU to boost standards on emissions for cars.

In addition to the proposal for a new EU agency that could act as an independent and objective reviewer in the emission testing process, the final recommendations of the committee emphasise the pressing matter of finalisation of the Real Driving Emissions test (RDE) package. The report also advises for a lower conformity factor – a mechanism that allows cars to have higher NOx emissions in the RDE tests than in the lab. Finally, it underlines the dire need for a prompt reform, for there will be no substantial change as long as the new regulations on market surveillance and type-approval are not adopted. Backed by an overwhelming majority of Members of the Parliament, the report shows some substantial political will that could jump-start reform and encourage innovation in the automotive industry.

Getting the show on the road

Be that as it may, the report still needs to cross several milestones to form a firm basis for EU emissions control mechanisms. In that light, a firm follow-up from the EMIS Committee will be crucial to keep the pressure going. When it comes to its recommendations, the creation of an independent EU agency could indeed shift gears in the regulation of car emissions. Given a broad mandate, it could act as a neutral watchdog over national regulatory system and ensure compliance to European standards. In the absence of such an objective authority, the fraudulent practices will undoubtedly continue, making business as usual. 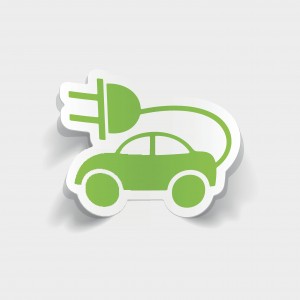 Regardless of the positive developments in the Parliament, there is only so much the EU can do about the efficiency of combustion engines. The tightening of measures for conventional cars is a first step towards a cleaner transport sector; however, once enforced, accurate emission testing rules will make it more challenging for car makers to cheat their way into compliance with EU regulations. Fossil vehicles might endure improved tests for emissions, but will not endure the test of time; in order to reach a fully decarbonised transport system, efforts will need to be shifted towards developing measures to expand the uptake of electro-mobility.