BRUSSELS – The European Parliament last week approved new air quality rules which are expected to reduce by 50% the damaging impact of air pollutants on human health by 2030. Bellona welcomes this as an important step in the right direction, but warns that the effectiveness of these caps will largely be determined by the vehicle emission testing regime accompanying these. The survival of the Commission proposal earlier this year for the introduction of an EU-wide independent type approval authority is now being threatened by EU countries and the fossil auto industry.

Published on November 30, 2016 by Bellona Europa 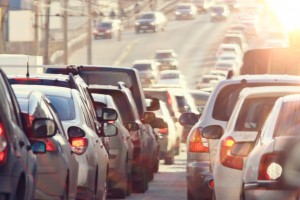 The European Parliament last week approved the new National Emission Ceilings Directive (NECD) which sets caps for fine particulate matter (PM2.5), nitrogen oxide (NOx), sulphur dioxide (SO2), volatile organic compounds (NMVOCs), and ammonia (NH3), and promises that their curbing will prevent an estimated 400,000 premature deaths a year across Europe, the equivalent of a 50% reduction in air pollution-induced health impacts by 2030.

This is a crucial step forward for protecting Europeans’ health. According to latest findings by the European Environment Agency poor air quality remains the single largest environmental health hazard on the continent, resulting in a lower quality of life due to illnesses and an estimated of 467 000 premature deaths per year.

The transport sector has a major contributor to this, being the largest source of NOX emissions, accounting for 46% of total EU‑28 emissions (and 47% of EEA-33 emissions) in 2014[1].

As revealed through the Dieselgate scandal the introduction of vehicle emissions standards (the so-called Euro standards) have failed to sufficiently reduce NOX emissions from road transport, as a result of the systematic, industry-wide exploitation of loopholes in the EU’s long-outdated ‘New European Driving Cycle’ (NEDC) regime.  This in turn has resulted in 10 EU countries exceeding their emission ceilings for NOx, as shown by latest data by the EEA.

The Parliament’s green light for the new air pollutant caps is therefore an important step forward, providing direction for national and local actors to intensify their efforts towards zero-emission technologies, such as electric vehicles.

Equally important, however, is the introduction of an independent EU-wide type approval authority, so as to avoid the new caps having their ambition level and effectiveness undermined.

In response to the Dieselgate scandal and in order to strengthen the independence of national type approval authorities, the Commission issued a proposal in early 2016 which called for dis-allowing car makers from being able to pay directly to centers responsible for the performance of emission tests, and for the establishment of stringent criteria to be met while the tests are being carried. The proposal also called for the expansion of EU powers in terms of granting the Commission the right to carry out ex-post verification testing.

A recent leak, however, indicates that the Commission’s initial proposal is at risk of being killed off by Member States, under the pressure of the fossil car industry.

This is not the first time we’re observing the heavy influence of the auto maker lobby on the EU policy making agenda, which has over the past year repeatedly caused delays and watered down the revision of the outdated EU emission testing (‘NEDC’) regime.

Meeting the newly agreed air pollutant caps, as well as the pledges of a growing number of EU countries to phase out fossil cars by 2030 or even 2025, will necessitate immediate and significant measures to transition to electric transport.

Fortunately, the coming years are set to be promising for accelerating the deployment of an EU-wide interoperable electric recharging infrastructure in light of this month’s deadline for the submission of EU Member States’ national plans for the implementation of the Alternative Fuels Infrastructure (AFI) Directive 2014/94/EU.

What is more, it appears the car maker industry is slowly coming to terms with the need to transition to electric transport, as we are seeing a majority of car makers now offering electric models and investing in the rollout of infrastructure. Volkswagen, BMW and Ford Motor just announced plans to set up a comprehensive fast charging network by 2020 to enable seamless electric long-distance journeys across Europe.

As EU climate and air pollution legislation becomes ever more stringent, car makers will have to invest into cleaner and ultimately zero-emission vehicles. Embracing electrification will therefore become an inevitable step in safeguarding one’s competitiveness and viability.