Walking a mile in a foreign agent’s shoes: What do Russian NGOs have to look forward to? 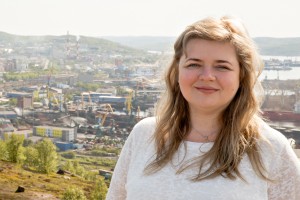 The new amendments purport to make the notion of political activity clearer. But NGO leaders, activists and Russian legal experts have told Bellona that was where impossibly broad criteria for political activity before are just as confusing, if not more so now.

The original NGO law of 2012 stipulates that non-profits operating in whole or in part on foreign funding register themselves as “foreign agents” with the Ministry of Justice if they engage in political activity. The law also say foreign agents must declare themselves as such in all their public dealings.

Authorities have argued that designating an NGO as a foreign agent – a phrase that harkens back to Stalinist spy-mania – should pose no special difficulties to its work.

But Bellona Murmansk’s Anna Kireeva – who has first-hand experience working under the burden of “foreign agent” –warned in an interview Wednesday that the label and the new amendments are a crippling blow to an organizations reputation.

“Officials, who say that foreign agent NGOs can continue working as if nothing happened have no idea what they are talking about,” she said. “The label gives your opponents a perfect excuse to ignore you and forbid you from visiting specific sites and events.”

Plus, the law requires that all articles, publications, public appearances, and an organizations website must clearly acknowledge that it is a foreign agent – something Kireeva says only fuels official suspicion and closes previously open and cooperative doors.

The new amendments passed their second and third readings in the Duma, Russia’s lower house of parliament, on Friday, May 20,and were approved by the upper house, the Federation Council on Thursday.

Yet even as the amendments were under review by the Russia legislature between May 20 and May 26, the Justice Ministry named five new foreign agents, the sharpest uptick since 2014, when the Ministry was given powers to name foreign agents on its own.

Amended or not, the NGO law seems already to have redeployed as a wrecking ball, meaning yet more non-profits will have to live with the foreign agent brand or shut down. In the years since the law took effect in its original form, more than one third of Russian NGOs have been forced to shutter their operations. 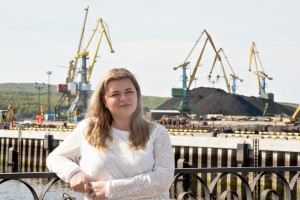 Anna Kireeva at the Port of Murmansk where coal has become a major pollution source for the city. (Photo: For Bellona)

One of those was Bellona Murmansk, which was named a foreign agent in March 2014 after 20 years worth of work for its tangential involvement in a Bellona report on industrial pollution in Northern Russia. It was fined for not placing itself on the foreign agent list, and eventually closed in October 2015 as an NGO.

The group is currently in a legal limbo as it explores other avenues for continuing its environmental work as a non-NGO.

Kireeva said the report was an unlikely candidate for finding Bellona Murmansk guilty of “political activity.” It was written by a disparate group of authors from Oslo to Archangelsk, and was only distributed locally in Murmansk by the former NGO. “We had no hand in it,” she said.

The group initially landed on the Justice Ministry’s radar when a disgruntled former employee, Andrei Ponomarenko filed an anonymous report against the organization.

Ponomarenko cited as political activity Bellona Murmansk’s’ opposition to extending runtimes for the Kola Nuclear Power Plant’s aged reactors; its suggestion that the Murmansk Region had plenty of energy without reactor extensions; allegations that the NGO’s director Andrei Zolotkov was a member of the opposition Yabloko political party, and that group was opaque in publishing its finances.

A special commission of the Justice Minstry branch in Murmansk cleared the group of wrongdoing alleged in Ponomarenko’s complaint.

But the report on industrial pollution landed the group in hot water.

Kireeva said the Justice Ministry’s conclusion that it represented political activity was based on Bellona Murmansk’s “Assist[ance] in preventing risks of environmental pollution in the region.”

“In my opinion, that’s the highest compliment the Ministry of Justice can pay an NGO,” said Kireeva. But the compliment, she said, cut two ways.

The Justice Ministry also focused on the report’s conclusion that it’s cheaper for polluters to pay fines than it is for them to modernize production, which the Justice Ministry interpreted as a political attack on Russia’s Environmental Ministry.

The sneaky process of getting branded

In Kireeva’s description, the boom is lowered slowly on foreign agents, and, in the case of Bellona Murmansk, the organization may be one of the last to know of its new status.

Kireeva said the first clues are the receipt of a protocol from the local Ministry of Justice stating that there’s evidence of political activity in your organization’s work. But you’re still not a foreign agent yet. The decision comes later after further checks.

“But [the Justice Ministry] never informs you about its decision,” said Kireeva. “You receive no phone call or email.

The ministry simply issues a press release and sends it to all of Russia’s large newswire services and agencies.

“Then, one very late evening you receive lots of phone calls from journalists, who received a press release […] asking you to confirm it and comment on it,” Kireeva said. “That’s how you find out that your organization is registered as a foreign agent.”

Next come court proceedings brought by the Justice Ministry seeking fines because a group has not voluntarily registered itself as a foreign agent, said Kireeva. The fine is 300,000 rubles ($4500), which is a lot for Russia’s shoestring NGOs to cough up. Personal fines against the director are also routinely levied.

Kireeva said Bellona Murmansk got off lightly. The judge in their case assessed a 50,000 ruble ($700) fine for not voluntarily registering as a foreign agent, and decided to forgo a personal fine against director Zolotkov.

“It was the first time in Russian that an NGO received such a minimal fine,” said Kireeva.

Everything you do scrutinized for more fines

“This was the most difficult part for me,” Kireeva added.

“Foreign agents are fined for everything,” Kireeva said. “Fines start with half a million rubles. The reasons for fines are enormous and endless.” 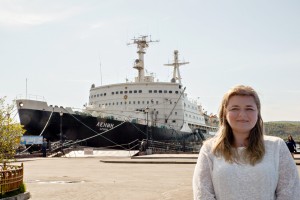 The Justice Ministry went after news articles written by Kireeva in her capacity as an accredited journalist, insisting they and others written by freelancers be labeled as the work of foreign agents.

Kireeva said the group realized this was just the beginning of endless fines that would eventually lead to the group’s closure.

“For most Russians, foreign agent is some who is damaging one country for the benefit of another,” said Kireeva. “Bellona Murmansk has never had intentions to damage Russia, we were trying to help to solve the numerous environmental problems of the region.”

Her words echo those of Mikhail Fedotov, head of the Presidential Council on Human Rights and Civil Society, who battled hard against the newly adopted amendments to Russia’s NGO law.

Fedotov suggested in February that the amendments should define as political activity “organizations advocating the overthrow of the government.”

Alexander Nikitin, Chairman of the Environmental Rights Center Bellona in St. Petersburg conversely suggest the amendments would be clearer if they simply read: “If you receive any assistance from abroad, money, computer’s etc, you will be labeled a foreign agent.”

The foreign agent designation for Bellona Murmansk now means there are no local NGOs dealing with problems of industrial pollution on the Kola Peninsula Further, no one is professionally discussing radiation safety in an area that is a Cold War legacy site. Nor are there any NGOs working with promoting renewable energy use in Murmansk.

It took Bellona years of hard work to gain this experience, expertise and respect among the partners and opponents,” said Kireeva. “Bellona is keeping up its work in Murmansk. I hope it will continue because I believe it’s a crime to lose it just because of some stupid label.”