A positive sign emerged in Bellona St Petersburg’s court proceedings over fines levied against it during this spring’s unprecedented Kremlin sweep against NGOs, as St. Petersburg’s arbitration court threw out a $10,000 fine for alleged health code violations prosecutors said they discovered during a raid on the organization’s office.

Published on October 17, 2013 by Charles Digges 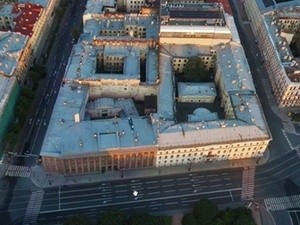 Still to come is the Arbitration Court’s review of charges, also brought by Rospotrebnadzor, over allegations that ERC Bellona has not conducted appropriate tests to measure levels of positive and negative air ions in its office. That case will be heard on October 23, and also entails a $10,000 fine.

Today’s Arbitration Court decision does not mean an outright victory as yet. There is still yet another hearing against ERC Bellona regarding alleged violations of fire codes that is still not on the docket yet, and those fines could also reach $10,000. 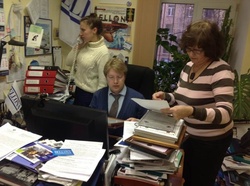 Rospotrebnadzor also has the right to appeal the vacation of the fine by the Arbitration Court. According to Alexander Nikitin, chairman of ERC Bellona,        no representatives of Rospotrebnadzor were at Thursday morning’s hearing, which is a foundation for the consumer rights body to seek an appeal against the fine’s annulment.

“The Russian government is spending its time and money uselessly on issues like this,” said Nikitin. “It’s unprecedented.” 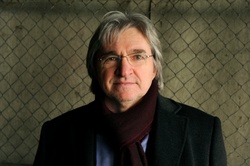 He repeated that if any fines were levied against ERC Bellona for any of the supposed violations, the organization would appeal them immediately.

It was only in May, three months after the initial raid, that ERC Bellona received a list of the administrative allegations, in the form of a three-page letter from the prosecutor that the group had allegedly violated. On the next day, ERC Bellona sent prosecutors a 76-page letter refuting each of the allegations.

The prosecutors’ sweeps, with the ad-hoc groups from other corners of Russian officialdom, were nation wide and targeted some 600 NGOs. They were carried out by order of President Vladimir Putin after the Russian Ministry of Justice was flagging in enforcing the Kremlin’s draconian law passed last year requiring NGOs receiving funding from abroad and engaged in vaguely defined “political activity” to register as “foreign agents.”

All Russian NGOs fitting that profile boycotted foreign agent registration when the law took effect in November. The punishment for failing to register as a foreign agent is $13,500. The sweeps designed to unearth often obscure violations of fluidly applied fire and health codes are capable of slamming organizations with far more crippling fines.

As yet, only three organizations have been fined under the foreign agent act, most prominently Golos, the independent vote-monitoring agency. The group has since shut down and may try to reorganize under another name. Golos was responsible for revealing vote fraud in Russia’s December 2011 parliamentary elections, which were skewed in favor of United Russia, the Kremlin backed Duma party.

The revelations of vote tampering unleashed months of street protests hundreds of thousands strong throughout the winter of 2012 until Putin’s inauguration in May.

The Research Center Memorial, one of Russia’s oldest NGOs, which documents the Stalinist purges and advocates for victims of the Chechen War was also fined as a foreign agent, as was “Coming Out” a Lesbian, Gay, Bisexual and Transsexual organization, which was all the more vulnerable in light of Russia’s new law against so-called “homosexual propaganda.”

Dozens of other organizations have been warned to register as foreign agents by regional prosecutors.

From the time the initial administrative allegations were focused on ERC Bellona as the result of the prosecutor’s raid in March, the organization was summoned several times to the prosecutor’s office to apparently receive decisions on the fines.

Each of the seven times, however, Executive Director Nikolai Rybakov, was told no decision had been reached. Finally, in May, prosecutors told ERC Bellona lawyer Artem Alexeyev that no one but Nikitin could receive the allegations compiled by the health and fire inspectorates but the organization’s chairman, Nikitin himself.

Alexeyev has characterized the allegations against ERC Bellona as  “an entire catalogue of violations, the majority of which are fantasies of the regulatory bodies.”

Nikitin has told prosecutors that ERC Bellona does not intend to register as a foreign agent as it is an environmental organization and does not deal with politics.