UNICEF asked to back out of Russia under unclear circumstances, upsetting rights activists

Russia’s Foreign Ministry has given UNICEF, the UN’s worldwide children’s aid fund, until Dec 31 to conclude its projects in Russia in a statement that said Moscow is now in a position to fulfill its own aid needs and no longer requires the services of the international fund that operates in 190 countries.

Published on October 10, 2012 by Charles Digges 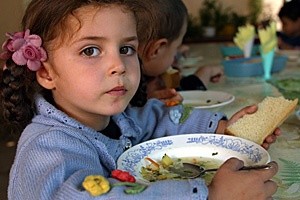 Whether the request by Russia’s Foreign Ministry is symptomatic of the Kremlin’s growing crackdown on foreign NGOs – which reached a new peak early this month when USAID was forced out of the country – or is just a reorganization of relations between the government and the worldwide children’s support organization remains foggy.

Government critics, however, have voiced anger that the UNICEF withdrawal is another stone cast against foreign funded NGOs, which was emboldened by this summer’s passage of new amendments requiring nonprofits that receive foreign funding to register with Russia’s Ministry of Justice as “foreign agents.”

The announcement about the December 31 deadline seemed to further confirm fears that have lingered since last month that the UNICEF – whose main goals in Russia are to improve preventive health care, reduce the number of orphans and promote children’s rights – may soon be left without an office in the country.

“The closure of the UNICEF office in Russia does not mean the end of the fund’s interaction with our country,” the Foreign Ministry said in a statement carried by Interfax yesterday. “We’re talking about taking relations with UNICEF to a new level where Russia, as a member of the Group of Eight and the Group of 20, stands as an equal partner of the fund and donates to projects that promote children’s rights in needy countries.”

UNICEF operates in all G-8 nations, as well as Norway, as an organization that both provides assistance to children’s causes, as well as receives funding from, these nations, according to UNICEF’s website.

The Foreign Ministry’s softened tone in asking UNICEF to close its offices did not – as was the case with USAID – accuse the aid organization of “meddling” in politics.

Alexander Nikitin, chairman of the Environment and Rights Center (ERC) Bellona said the Putin administration’s decision on UNICEF was tied to it’s agenda of limiting foreign influence on all manner of processes in the country, “First and foremost those processes that are tied to some kind of political activities of various groups, and some that are tied to the upbringing, education and other influences on the youth.”

“To stop this influence, information and finances coming from foreign sources must first be stopped,” Nikitin continued, and described the domino effect that choking foreign funding and influence would have on perfectly legitimate human rights and other socially active organizations.

“Now the turn of children and youth has come,” said Nikitin. “I think the next step will be to limit participation in foreign educational and exchange programs.”

Moscow Helsinki Group chairwoman Lyudmila Alexeyeva told the Interfax news agency that she feared Russian society would suffer after the exit of foreign organizations like UNICEF and USAID.

“These organizations invested money in places in Russia where our government had no desire to invest:  in science, education, the arts and civil society. Now they are all being shut out,” she was quoted by Interfax as saying.

“I think it’s a shame and a major political mistake,” Alexei Golovan, a former children’s ombudsman and current member of the presidential human rights council, said of the UNICEF withdrawal.

Though calls to UNICEF’s office in Moscow from Bellona went unanswered, John Budd, a spokesman for the organization in Geneva told The Moscow Times that talks were ongoing with the Foreign Ministry about a new arrangement under which the agency might continue to have a physical presence in Russia.

“They haven’t ended the negotiations,” he said.

UNICEF has reportedly been in talks with the Russian government since last month about scaling back its activities in the country over a failure to negotiate a new operating agreement with the Kremlin.

Sources close to UNICEF’s Russia operations said their head, Bertrand Bainvel, left on September 30 for a new posting in Myanmar.

UNICEF, which has operated in Russia since 1997, has 12 staff members in Moscow, most of who are applying for other positions in Russia and within UNICEF globally, Budd told The Moscow Times.