A new bill to introduced in Russia’s parliament, the Duma, could have a devastating effects on civil society groups that accept funding from abroad and engage in “political” activities by forcing them to identify themselves as “foreign agents” – effectively branding themselves as spies. 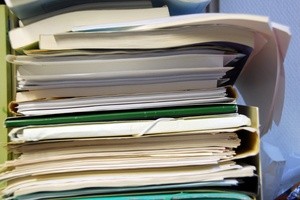 Should they fail to do so, they could face heavy fines and prison terms. The bill has the Kremlin’s support, wrote the Russian daily Vedomosti.

“This law will destroy dialogue between environmentalists and the state,” said Alexander Nikitin,” head of the St. Petersburg–based Environmental Rights Center Bellona.

The new bill represents the biggest crackdown on NGOs in Russia since 2006, when then and current President Vladimir Putin shoved through laws aimed at weakening civil society’s role through the Duma. But the jarring new bill introduced Friday, with its strangle-hold propositions aimed at killing the civil society sector altogether, left swathes of activists surprised and nervous.

The law, backed by President Vladimir Putin’s Duma bloc, United Russia, nongovernmental organizations would have to publish a biannual report of their activities, undertake an annual financial audit and display the label “foreign agent” on their website and publications, and register as foreign agents with the Ministry of Justice, according to the bill submitted to the State Duma on Friday.

It would also mandate unannounced audits at any time when foreign funded NGOs are suspected of influencing Russia’s political process, an onerous, time consuming procedure that may force many smaller NGOs to close.

The reach of the law would include ERC Bellona, said Nikitin, and Bellona’s Murmansk office, Bellona Murmansk.

All of Bellona’s publications, including its website Bellona.ru, would be forced to clearly indicate that the materials were produced by “foreign agents.”

“Environmentalists and human rights activists, if they are not on the Kremlin payroll, are now outlaws,” wrote Vladimir Slivyak, co-chair of Russia’s Ecodefense, which receives foreign funding, in a comment piece for RBK business newspaper.

NGOs meet behind closed doors with US Sec of State Clinton

The proposed law gave pause to US Secretary of State Hillary Clinton, who convened a group of NGO leaders in St. Petersburg while on a state visit to Russia on Friday.

She pledged that the United States would continue to honor its commitments to Russian civil society organizations, said Boris Pustyntsev, head of right’s watchdog Citizens’ Watch and a board member of ERC Bellona in a telephone interview from St. Petersburg.

Ethnic-relations expert Dmitry Dubrovsky, who also attended the closed-door meeting, said Clinton is aware of the situation and is “searching for ways to modify the support of Russia’s NGOs without subjecting them to a crackdown,” Russian daily Kommersant reported.

Nikitin said Monday that the bill’s passage – which may come as soon as July, according to Russian news agencies – would have the most devastating effect on environmental organization operating in Russia, 70 percent of which receive their funding in grants from foreign governments and organizations.

The bill’s requirement that foreign funded NGOs stipulate they are “foreign agents” on all of their published material is “rhetoric straight out of the of the KGB,” said Nikitin, and a term pregnant with Stalinist overtones.

One of the most difficult things to pin down in the language of the new bill is the meaning of the phrase “political activity,” both Pustyntsev and Nikitin said.  “If you are talking about saving rabbits, then it’s not politics, but if you take a stand on nuclear energy or encroachment on preserved lands [by oil companies] then it’s politics.”

Nikitin said there is an ongoing argument among environmental NGOs in Russia over what constitutes ecological activity and political activity.

“This is a useless argument,” he said. “The bureaucrats will be making those decision.”

Pustyntsev said the undefined use of the term “political activity” would be construed as anything attempting to influence government policy – which he said was his organization’s primary aim.

“But this is a gun they can turn on anyone,” he said, adding that it will “absolutely have an effect on the kind of work we will be able to do – in reality, the law is against anyone expressing civil dissent.”

Both Pustyntsev and Nikin said it was no accident the bill was introduced by Deputy Sidyakin, who was responsible for drafting the law on political rallies that boosted fines by 150 times for disorder at demonstrations to 300,000 roubles ($9,250) – the annual average Russian salary.

This law was effected to quell the demonstrations that were tens of thousands strong and swept Moscow and other large Russian cities, first following rigged Duma elections in December, cementing United Russia’s majority position, and then in May, surrounding Putin’s inauguration.

“These demonstrations scared the government,” said Pustyntsev. “They posed a threat to the KGB structure, and this new bill is meant to stifle that opposition.”

The newly penned law by 34-year-old Sidyankin, whose record was largely undistinguished until his law on rallies was signed by Putin in May, was hardly written by himself, said Nikitin.

“The issue about this law is that it is coming directly from the top,” said Nikitin. “Sidyakin is merely their scribe.”

Sidyakin said he is just borrowing from the rhetoric of the democracy of the United States, which passed a 1938 law against “foreign agents.” But the 74-year-old law has since been changed several times and has a different application.

US funding a main target in bill

The Moscow Times reported that Sidyakin had written on his website that the bill would force foreign-funded NGOs to reveal “the true nature of their activities” and promote the “national interests and sovereignty of Russia.”

“It is obvious that in Russia there is a whole network of nongovernmental organizations whose paid activity raises suspicions about the aims of the client,” wrote Sidyakin, according to the paper.

“There are two options: either speculate and be indignant about the multimillion tranches [of cash] from the US State Department, allegedly to promote democracy, or regulate these foreign agents so they can be unambiguously defined as proponents of the interests of other governments,” Sidyakin wrote.

Bellona’s Nikitin said, given the intentionally wide latitude the government is allowing itself, that, “I don’t know how to interpret this law.”

But he did warn that it would have effects that far overreached its face value, saying: “This law is just a beginning.”

He drew out foreign funded environmental NGO’s as a for instance and how their imposed self identification as “foreign agents” would impact on their relations with such critical Russian government bodies as the Ministry of Natural Resources and Ecololgy or Russia’s state nuclear corporation Rosatom.

“Each of these ministries could issue mandates that they don’t deal with ’foreign agents,’ and that will allow them to exclude environmental organizations from all dialogue – from public hearings to input on environmental impact studies to access to any information,” said Nikitin.

“This law contains no limits and all of these things will follow from it,” he continue. “This could absolutely kill our dialogue with our partners in Russia and other countries.”

What Clinton could do to ease conditions for NGOs

Pustyntsev was optimistic that US-led pressure could bear on the bill’s passage into law.

Nikitin, while saying the machinery for the bill’s passage is already in effect, agreed that Clinton had a lot of leverage against those who might vote the law into power or enforce it.

Last month, the US Senate passed The Sergei Magnitsky Rule of Law Accountability Act, sponsored by US Democratic Senator Benjamin Cardin and unanimously approved by the US Senate’s Foreign Relations Committee. The act would impose visa bans and asset freezes on Russian officials allegedly involved in the death of 37-year-old Russian tax lawyer Magnitsky, as well as in other gross human rights abuses in Russia or anywhere in the world.

Magnitsky, who had alleged wide-scale tax fraud sanctioned by Russian officials before himself being arrested, died days before the one year limit that he could be held without trial would expire. His case exploded internationally as it came to light he died as a result of torture and police brutality.

Nikitin proposed similar sanctions for those who would back the new foreign funded NGO law, which would strangle Russia’s human rights and environmental watchdogs.

“These people [of United Russia] have foreign bank accounts, houses in foreign countries and send their children to foreign boarding schools,” said Nikitin. “Something like [the Magnitsky Act] could impose limits on these possibilities.”

Forecasts for Bellona’s work in Russia

Nikitin was unsure of what the immediate impacts of the law would be for Bellona’s Russian offices, but said the only choice was to comply.

“We will give them our accounts, where our money comes from, where it is spent,” he said. “But it is very difficult to say to what degree our work will change, and how we will have to rearrange it.”

“The saddest part,” he continued, “is how it will limit our contacts and our partners within the Russian government, who, for obvious reasons, can’t work with ‘foreign agents.’”