Four of the 40 members of Russia’s presidential human rights council said on Wednesday they planned to leave the advisory group, as they doubt that President-elect Vladimir Putin is dedicated to improving human rights, and other prominent participants doubt the legitimacy of his reelection. 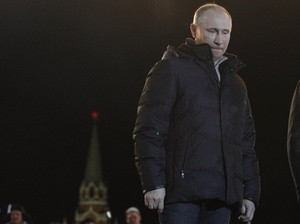 Announcements by some of the departing members of the council at a news conference on Wednesday ranged from delicate political tightrope walks, while others directly said they simply would not work for Putin, who will be inaugurated for his third term as president on Monday, May 7. Resigning members said they had reached their decisions to do so at their last meeting with Medvedev on Saturday.

Incumbent president Dmitry Medvedev re-convened the Presidential Council for the Development of Civil Society and Human Rights in February 2009. It had been disbanded when Putin handed him the reigns of power in 2008.

Bellona particularly welcomed the reinvigoration of the council, coming as it did on the heels of a spate of brazen daylight assassinations of opposition journalists, human rights laywes, routine beatings of activists and an onerous government strangle hold on NGOs

While Medvedev  – who is expected to be named Putin’s prime minister, praised the work of the council at Wednesdays meeting, he also critiqued it for focusing too much on high-profile issues, giving Russia a black-eye internationally and strained its relations with the West.

Some analysts expect a nearly top to bottom revamping of Putin’s “power vertical,” which Medvedev was hand picked to mind for the past for years.

Alexander Nikitin, Chairman of the Environmental Rights Center (ERC) Bellona in St. Petersburg, wryly noted that the composition of the presidential council “won’t be the only thing changing when Putin comes to power.”

“People who are leaving [the council] are expressing their conscience over recent events in Russia – the parliamentary elections and the presidential elections – which, mildly speaking not only made a mockery of democracy but of normal Russians as well,” said Nikitin.

Vast demonstrations gripped Russia throughout the winter after it was discovered December’s parliamentary elections had been rigged in favor of the United Russia party, Putin’s party of power.

“There was some hope during Medvedev’s presidency that he was not just a figure head and that he could work with those on the council for the better,” said Nikitin. “So, I understand the point of view of those people who want to leave the council – they cannot see what has been happening in Russia in the recent past as normal.”

Because the council’s members are selected by president, the announcement by the resigning members yesterday amounts to a condemnation of Putin’s commitment to human rights.

“I do not consider him a legitimate president,” Dmitry Oreshkin,  apolitical analyst  with the Russian Academy of Sciences who questioned the official results of the March 4 election told the daily Vedomosti newspaper.

“The volume of falsifications approached a critical level,” said Oreshkin, adding he was unsure whether Putin really won the 50 percent needed to avoid a runoff.

The government – while admitting to falsification – says the violations were not widespread enough to affect the outcome.

Yelena Panfilova, head of Transparency International Russia, also said at the council’s last meeting with Medvedev on Saturday that she did not intend to remain on the council. In an email interview with Bellona, she said that she had made her intentions known well in advance of the Saturday meeting.

“It’s no secret that I came to the council because I hoped that we would be able to do very much. But now I think I will [be able to] do significantly more through … public activity,” Panfilova told reporters.

Speaking later in the day on Russia’s independent internet-based television news channel TV Rain, she went somewhat further saying that she herself told the Medvedev “[I]cannot serve on the new council for moral, practical and personal reasons.”

“I have my own differences with those who would work under Putin,” she added.

Veteran human rights activist Lyudmila Alekseyeva, however, said that the human rights advocates should closely cooperate with the state authorities and not ignore them. She did not say at the press conference, however, if she would remain on the council if asked.

“It’s not that we didn’t do everything we wanted to do, it’s that we accomplished so little of what we wanted to do,” the 84-year-old former Soviet dissident 84, told the news conference.

Human rights activist and Nobel Peace Prize nominee Svetlana Gannushkina, who heads of the non-government organization of working refugees, said she would leave the council, and another member, Ida Kuklina, also planned to leave, Vedomosti reported.

The announcements of the resignations yesterday did not come without a modicum of friction between some members of the council.

Boris Pustyntsev of the St. Petersburg based rights watch-dog Citizens’ Watch, told Bellona that he was “surprised” that some of his colleagues had stepped forward announcing their intentions, as the council had agreed to meet again on May 17, as Pustyntsev put it, “to speak in one voice” about whether they would consider serving under Putin.

Pustynstev, who also sits on ERC Bellona’s board of directors, said in a telephone interview, however that those who announced their resignations yesterday had done so “out of turn.”

Panfilova, told Bellona that she was “hearing about such an agreement for the first time.”

Putin, who was president from 2000-2008, has displayed wariness about the intentions of civic groups and human rights organizations and accused those with foreign funding of serving other countries’ interests.

“The council largely exists to support non-government organizations, and (Putin) has repeatedly moved in another direction,” Oreshkin told Reuters.

“He tries to replace institutions of independent civil society with pseudo-independent ones. Independent foreign financing is practically considered betrayal of the homeland,” he said.

Putin’s spokesman, Dmitry Peskov, said he would not comment on the presidential council while Putin remains prime minister.