With the April 15th deadline for non-governmental organizations in Russia to submit reports for their activities in 2007 to the Federal Registration Service, an interregional association of human rights associations predicts “tens of thousands” of NGOs will be closed across the country. 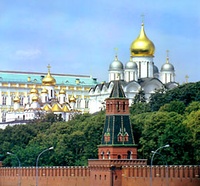 Russian lawyers’ groups have opened hotlines to help organisations wend their way through onerous maze of documents required by the authorities. The European Union, meanwhile, is gearing up for hard talks with Moscow on what it sees as a corrosive factor to Russian civil society.

Pavel Chikov of the interregional AGORA organisation in Kazan, west of Moscow, said in a telephone interview that the next several months will see a bottle neck in Russia’s already groaning court system as NGOs fight the Russian Federal Registration Service, which oversees the registration of social organizations in Russia, over findings that will cease their activities.

Olga Krivonos, a human rights lawyer with Bellona’s St. Petersburg offices agreed with Chikov’s gloomy assessment in a telephone interview, saying that the new bureaucratic conditions for NGOs make it nearly impossible to fill out documentation such that it is not vulnerable to an attack by the Federal Registration Service. 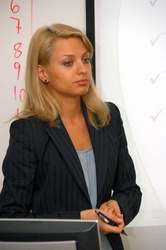 A former member of the ironically named ultra–nationalist Liberal Democratic Party led by antic bigot Vladimir Zhirinovsky, Mikhailov said during the MEPs’ visit: “You cannot transpose one idea of freedom from one country to another,” and said the notion was comparable to that of differing national customs about where one should place one’s shoes.

“What is right in Africa may not be right in Russia,” he said.

Tax day with a death penalty
The April 15th deadline resembles the anxieties felt on tax day in western countries – which is incidentally April 15th in the United States – and adds uncertainty for Russian NGOs that one forgotten dot over an “i” or a single uncrossed “t” in the reams of documents they are expected to submit under the NGO law can mean immediate and arbitrary liquidation followed by months of litigation.

In anticipation of the last minute melee Russian organisations will be struggling in as they fill out mountains of documentation, a non-profit legal hotline has been set up Human Rights Resource Centre (HRRC) of St. Petersburg and AGORA.

Legal hotlines working to help and document abuses
The hours of the hotline, however, are limited to 2 to 4 pm and will only route calls to one of four lawyers in St. Petersburg, Saratov, Krasnodar, or Chita. A website is also supported by AGORA and the HRRC is at www.openinform.ru/consult/pursuit.

Bellona’s Krivonos said other consortiums of lawyers are also running similar hotlines in 17 regions throughout Russia with longer hours and more detailed consultations.

The hotline services will primarily help NGOs navigate the bureaucracy. But their more loaded and less high profile purpose is to help record violations of the NGO law perpetrated by the Federal Registration Service, and refer organisations to legal aid in the “eventual event of their closure,” said Chikov.

A message advertising one of the hotlines that was put out by the Kazan Human Rights Centre reads: "In especially difficult cases, when the rights of an NGO may need to be defended in court, such
help will be provided."

Krivonos commented wryly that: “These are the results of the new bureaucracy – thousands of organisations stand to be liquidated by this process.”

Bellona’s Russia offices
She said Bellona’s Russian offices and St. Petersburg and Murmansk – both of which successfully passed so-called months-long spot check “controls,” or audits, that the Federal Registration Service conducts under its new mandate – are in good condition to weather the re-registration process.

“We have filled out all out documentation and checked all the right boxes,” she said. But she added that: “This process is entirely arbitrary and authorities can find fault with even perfect applications.”

This was vividly illustrated by Bellona St. Petersburg’s own experience when it was flagged over the summer for alleged tax evasion by Federal Registration Authorities for not reporting “advertising revenues” in exchange for sponsorship it received from the Dutch and British consulates for education programmes.

Such funding is routinely supplied to local organisation by consulates throughout the world, and diplomatic missions ask only in return that they be publicly thanked. When Bellona did this, it was cited for advertising the consulates and the case was referred to tax authorities.