NEW YORK – After a two month long investigation, Russia’s official organ for registering and monitoring non-governmental organisation has said Bellona’s St. Petersburg offices have run afoul of federal laws by not paying advertising tax on programme donations received from international consulates – taxes they are not required to pay.

Published on September 22, 2007 by Charles Digges

Foreign consulates and other rights organisations have come to Bellona’s aid, and confronted the Russian government over what they say are trumped up charges against the organisation designed to drain it financially and sap its resources to silence its critical environmental stance.

Bellona St. Petersburg has officially appealed the conclusions of Russia’s Federal Registration Authority, which began their investigation of the Environmental Right Centre Bellona (ERC) in July.

Alexander Nikitin, head of ERC Bellona, has said ERC’s financial dealings are entirely transparent and that the organization has cooperated with registration officials at every step of the investigation.

ERC Bellona has given authorities details of its financials, as well as information about all of the activities and seminars it has conducted for the past five years, including names of all participants, what was discussed, and what conclusions were reached.

Nikitin has said that he is certain that “the matter will be solved” by Russian authorities in ERC Bellona’s favor.

New law an anti-democratic crackdown
The crackdown on non-governmental organisations began in late 2006, after the Duma, Russia’s parliament, passed laws enacting stiff new registration requirements for such organisations, especially for those with any connection to western funds.

The new law was widely seen as an attempt by the Kremlin to muzzle human rights organisations and other non-governmental organisations fighting for the environment, legal reform, the rights of soldiers and minorities, and fostering transparent and democratic debate in general.

Moscow has signaled widely that NGOs that are not found to be in accord with the new legislation – which includes arbitrary hoops of fire for organisations to jump through, and whose language is intentionally vague so as to allow officials to target anyone with a message that rubs the government the wrong way – run the risk of being shut down, and authorities have stated that strict accounting of money received and spent by these organisations is “a question of state security.”

Many observers have chalked up Russian security concerns as a smokescreen behind which to quash groups viewed by the Kremlin as opposition. But Sergei Vasiliyev, Russia’s head registration official, denies authorities are singling out groups on this basis. But he indicated in a recent interview with Gazeta.ru that plenty of groups had better watch out.

“I mean that there are organisations that are guilty in today’ circumstances because they ignore Russian legislation,” he said. But how this legislation is enforced, as proven by registration difficulties faced by high profile international organisations, is arbitrary.

The new NGO law
Foreign non-governmental organisations were given until October 18th last year to file re-registration documents with the government, and by October 19th, some of the most prominent rights organisations in Russia – such as Amnesty International, Human Rights Watch and Medecins sans Frontiers – found themselves shut down until their application were refilled.

The new NGO law – drafted by the Kremlin and passed by the Kremlin-friendly parliament in January 2006 – requires: an accounting of why a given organisation’s operations in Russia are beneficial to Russian society; detailed audits of financial records and sources of financing; down-to-the-penny accounting of how that funding will be spent; profiles of a given NGO’s founders – even if those founders are no longer with the NGO or are dead – and many other items including the onerous demand that copies of all press coverage of a given NGO’s activities be provided to registration officials. 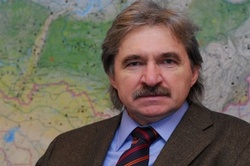 In early July, ERC Bellona fell under the scrutiny of federal registration officials while they were conducting so-called random “spot-checks” of operational NGOs. Bellona’s Murmansk office was also investigated as a result of such a spot check, but was cleared of any liabilities, according to Bellona officials.

The Russia authorities handed down the findings of their audit of ERC Bellona on August 20th, according to documents given to Bellona Web. Like many other Russia- based non-governmental organisations that have contested bogus findings of audits conducted by government authorities – and thus found themselves in delicates positions vis-à-vis the authorities – Bellona has only just begun to carefully make public in the media the fact and findings of the government investigation, which it vigorously protests.

According to documents given to ERC Bellona, authorities had found that the organisation was liable for advertising taxed for money it received for a programme it was running to train environmental journalists.

As stipulated by the British and Dutch consulates in St. Petersburg, both of which contributed to the programme, ERC was requested to name these governments as supporters when referencing the School of Ecological Journalists in the media.

For this, registration officials determined that ERC had entered into a taxable sponsorship agreement on advertising with the consulates, and forwarded the matter to St. Petersburg’s branch of the Federal Tax Inspectorate.

Consulates protest
The Consulate Generals of the Netherlands and the United Kingdom have publicly expressed their disagreement with the findings of the Federal Registration Authority, and the Dutch consulate said in a statement that it does not contribute sponsorship in exchange for advertising services.

Indeed, consulates worldwide according to the diplomatic services of many countries interviewed by Bellona Web – including Russia’s – routinely give programme support to local independent organisations, and routinely stipulate that organisations indicate that a programme has been made possible with their financial support.

Nikitin cautiously hopeful
ERC’s Nikitin, who received notification of the registration authorities’ conclusions on August 24th, was sanguine about the outcome.

“Now the tax police will go through all our papers and we expect to be cleared as a result. At the same time, we are awaiting a response to the complaint we sent to the registration officials,” he told Bellona Web, adding: “we expect that the Russian authorities will take our complaint under advisement and the matter will be solved.”

“It has been established that the new reporting system (under the new NGO law) will cost volunteer organisations in Russia some 6.9 billion roubles ($230m) a year. This is money the organisations neither have nor would have been in any condition to use for any socially useful purpose,” the organisation writes.

Bellona further asserts that, by the registration authorities’ own estimates, some 70 to 80 percent of Russia’s NGOs stand to be closed because they simply don’t have the resources to follow the onerous new procedures for reporting and auditing.

The driving force behind the persecution of independent social organisations in Russia, asserts Bellona, is the iron fist of President Vladimir Putin’s Kremlin, which neither tolerates dissent nor misses lessons taught by recent history’s revolutions against corrupt elites in Russia’s own backyard, particularly Ukraine’s Orange Revolution.

“The coming elections for both the presidency and parliament (in Russia) are first and last the reason behind the uproar over non-governmental organisation,” Bellona writes.

“The Orange Revolution around the 2005 elections in Ukraine (which overturned a presidential election that was rigged to favor Moscow’s preferred candidate) were frightening for the authorities in Russia, and they are making a preemptive strike. International financial support was important to the Orange Revolution, and to avoid an analogous Russian revolution, the powers that be are prepared to do anything.”