Published on October 25, 2006 by Charles Digges 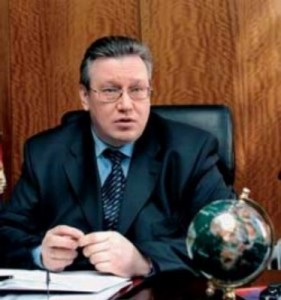 Among the 65 to 68 foreign non-governmental organisations (NGOs) that are now being reviewed for re-registration under Russia’s stringent new law governing NGOs are acclaimed organisations such as Amnesty International, Human Rights Watch, two of the three wings of Russia’s operation of Médecins sans Frontières (MSF), and the the Danish Refugee Council which operates in the North Caucasus mountains near Chechnya, the Ministry of Justice’s Federal Registration Service said.

Movchan implied that financial documents from as many as 77 foreign organisations struggling for re-registration bore the hallmark of bookkeeping misdeeds.

"Many organisations are very reluctant to let the state see their financial reports," Movchan said in an interview with the state controlled – and ironically named – Nezavisimaya Gazeta (The Independent Paper) earlier this week.

Movchan’s remarks signal a major turn-about in the government’s view of foreign NGOs – which had, until the October 13th deadline to submit their registration documents – indicated in interviews with Bellona Web that the Registration Service had been affable and effective in helping organisations prepare their paperwork.

Each suspended organisation was notified by the end of last week that portions of their re-registration applications had not passed muster with authorities – mostly for violations concerning the physical presentation of their documents. All have been given a chance to correct any errors pointed out to them.

All of these NOGs work, for instance, with Chechen issues and have endorsed strong anti-Kremlin stances over the bloody 12-year campaign. Pavel Felgenhauer, an analyst for the independent bi-weekly Novaya Gazeta, said that Movchan and Russian President Vladimir Putin were using the same language regarding foreign NGOs.

“They are essentially saying ‘don’t teach us democracy,’ in echo of what Putin said at the EU summit (held in Finland) last week,” said Felgenhauer. “Such rhetoric spreads quickly until the entire Russian establishment is parroting it.”

Pål Skedsmo, a Russia expert with Oslo’s Fridtjof Nansen Institute, said that the temporary suspensions in the work of these organisations “seems like a long and bizarre spectacle of regulatory excuses.”

“There will be some back and forth arguments until some agreement is reached – they will have to reach some kind of truce at some point,” he said.

Denber said she had no idea why her organisation was singled out for re-registration, and did not know if it was for political motives.

Galina Fokina, acting head of the Justice Ministry’s office that is responsible for making the decision on whether a group is allowed to continue operations said that: “No political issues are involved in the decision-making.”

“All questions are based on legal issues dealing with filling out the forms,” Fokina said.

Movchan: Difficulties in new NGO process are ‘lies and fables’
The Registration Service’s Movchan turned an ugly side to the media, suggesting that many NGOs “have been working illicitly on the side.”

Movchan said he wanted to "dispel the fears and panicky rumours that are being voiced on the subject of the re-registration of foreign NGOs operating on the territory of Russia." But he went on to say that those NGOs complaining of the difficulty of the new registration process were spreading “lies” and “fables.”

Movchan said that foreign NGOs were disseminating “scare stories about the enormous set of documents" required by the Registration Service.

"Russian legislators are not dreaming up anything supernatural," Movchan said. "It is just
that the human factor has come into play: By tradition, we drag everything out until the last day and then wait in line."

He accused lawyers working for NGOs of “incompetence” and said Federal Registration officials were having to deal with "shoddy" documents whose substandard quality showed a lack of respect to the Russian state. The majority of foreign organisations that had received their go-ahead are international adoption agencies, Russian news services reported throughout the week.

But Sergei Nikitin, Moscow’s director of the London-based Amnesty International, remained flummoxed, According to Nikitin, the new Russian NGO guidelines require that a given organisation present the law of its native country that served as the basis for its foundation in its Russian registration papers.

"But there is no such law in Britain, life is organised differently there," he said. "There is a collection of laws and acts spanning a large number of years, and there are simply not the resources or the time to translate them."

According to The New York Times, the American Bar Association’s application for re-registration had been delayed along with its more outspoken peers for differences in spelling out entire words as opposed to abbreviating them.

This is almost identical to situations uncovered by Bellona Web last week.

Gag order
None of the Moscow representatives of the famed organisations wished to state on the record why their specific applications had been denied, as they are forbidden to discuss anything but that their work has been temporarily ceased. Though, when taken together, their circumstance told a story of heavy-handed bureaucracy that so micro-managed the application process that it was nearly impossible not to run afoul of the new NGO guidelines in some way.

Representatives said their application had been sent back in some cases because they were bound in plastic instead of string. Yet another was bounced for using staples.

The major complaint among these organisations is that the new guidelines for NGOs did not even specify that the applications had to be submitted in such a physical manner.

For now, all these organisations can do is work to resubmit their applications with the required spit and string.